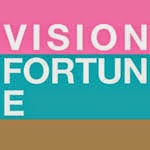 This is a 2013 vinyl reissue of tape EP that was originally released in 2012, so I'm a bit late but what the heck. This is what tends to happen to promo downloads I receive, they get lots for a while. Anyway, Visions Fortune is a London-based experimental post-punk/psych duo and I sort of like their vibe. I haven't head about them before, but they have released some limited edition stuff since 2011. Night Jukes includes five tracks of repetative, hypnotic and psychotic rocking. The instrumental "Heavy Saddles" starts off things with a very post-punk/Faust like rhythms and soon we also get some droney keyboards. "Natural Faze" is also rather hypnotic stuff but also has mantra-like vocals to make things more interesting. The dark and mesmerising "Drag" is one of the best tracks and somehow reminds me of Dead Skeletons a bit. I like it a lot! "In My Fathers House There Are Mansions" is closer to garage rock and surf and I love the weird, psychedelic vibe this track has. "Black Ocean Glow" is a more tranquil and hazy but experimental song with vocals in the background. I think I can sense some Captain Beefheart in this, or Circle in their weird forest blues mode. This one also has some saxophone. Not bad at all! I think I'll have to check out what else these guys have released since this all sounds pretty interesting.