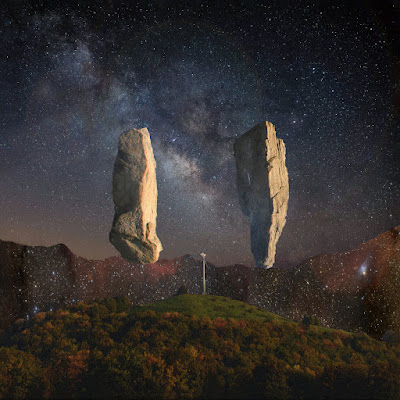 Shem from Stuttgart is a new band making improvisational, instrumental psychedelic rock inspired by early krautrock, Hawkwind and modern bands like Kungens Män. As you might have guessed, II is their second album following the CD album No  Songs, Just Sound (2020). The guitars are pretty heavy compared to some other impro psych bands nowadays (like OSC, for example).

This limited edition LP (150 on black, 150 on coloured vinyl) has just three long tracks. It starts of with the heavy and massive "Descension" that rocks out in a freaky way. "Night" is slower and more tranquil at first but gets darker and heavier. The band also has a synth player but he mostly does sound effect like stuff which fits in fine. The two guitarists are more in the front, anyway. The over 19-minute "Fall" fills the whole side B. It has a bit faster, sort of motorik groove and all in all it's the more krautrock sounding, hypnotic piece. Great stuff! If you like improvised, heavy psych/space/krautrock I'd say you should locate a copy of this album for your collection for sure. 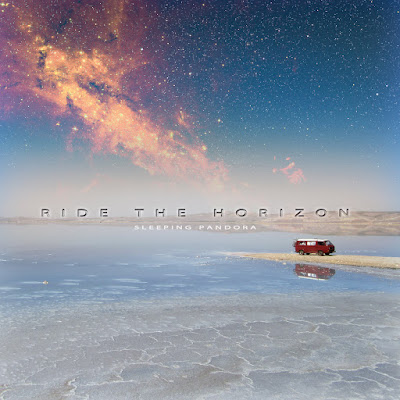 Ride the Horizon is the latest physical album (the first one on LP) by German solo artist Mathias Rosman. His dreamy, instrumental, rather electronic project Sleeping Pandora has now released already nine albums on Bandcamp, the latest being the brand-new Atmosphere. Clostridium's promo sheet mentions Pink Floyd and Ashra as comparisons and I must agree, although the music has a rather modern touch and sound quality, so no early 70's vibes except maybe on the marvelous guitar work with lots of delay and reverb.

The album has five long tracks. The opener is the 13:18 long, wonderful "Interplanetary Meditation". The title is rather revealing: just close you eyes and let the dreamy, spacey music take you away. "Vertical Drive" is a bit tighter and groovier tracks, very nice. Side B starts with the cool, airy and floating ambient piece "Holy Daze". It is the shortest track at just under five minutes and pretty simple. "Lightkeepers Routine" is pretty and hypnotic, one of my favourites. The album is finished with the faster, danceable "Ancient Subterranean Swimmingpool". Great! All in al, Ride the Horizon is another very pleasant Sleeping Pandora album and I recommend it warmly. The ultra limited colourerd vinyl seems to be sold out already but you might be able to score one of the 200 black copies. Both come with poster, sticker and download code and are hand-numbered. 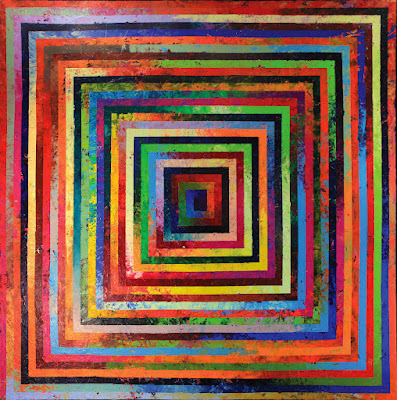