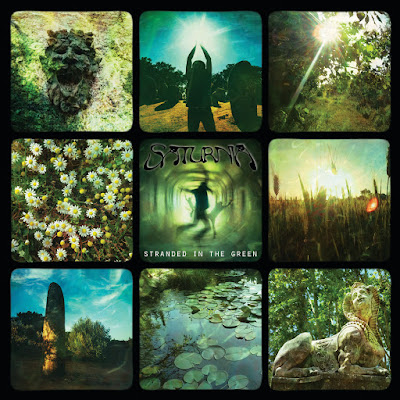 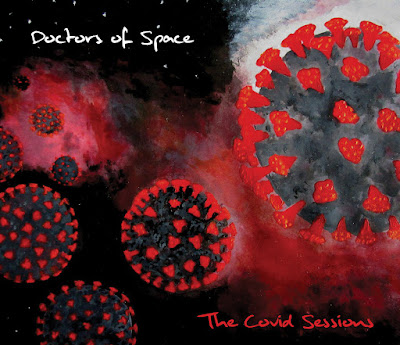 Covid Sessions is the second album by the duo Doctors of Space from Portugal. The duo is formed by Astral Magic collaborators Martin Weaver (guitars, bass, beats, ex-Dark & Wicked Lady) and Scott Heller (synthesizers, Øresund Space Collective etc.). They released this album already on Bandcamp last year and here's my review, but now it is also available on limited CD (100 copies only!) with extra tracks and new, better artwork!

I recommend you to buy the CD if you like improvised, psychedelic and spacey freak-outs. Be sure to also check out the recent Roadburn Redux show the band did and just added to their Bandcamp site since it rocks!

Aural Hallucinations - Hearing What You Want to See 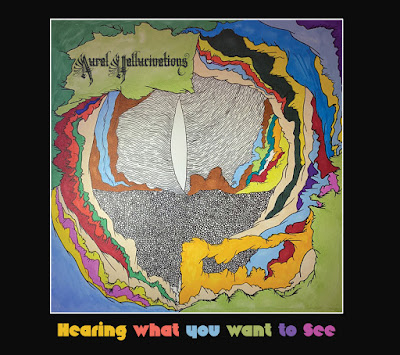 Hearing What You Want to See is the second album by Portuguese space project Aural Hallucinations. The project features Matt (ex-Elder) on multiple instruments (Synths, guitar, drums, bass, vocals) and Dr Space (Øresund Space Collective, Black Moon Circle, Doctors of Space) on synthesizer and mixing with Luís Antero contributing some field recordings . You can check out my review of their debut album over here. This is a very trippy, spaced-out ambient affair and soon released on very limited (100 copies only) CD.

Scott aka Dr Space has done some cool narration at the beginning to add a story to the very experimental, weird soundscapes. This is very cool! I wish they would be some at the end as well. For Bandcamp the individual pieces of this 78-minute, continuous journey have been divided for four long tracks, parts 1 - 4. There is also a little bit of beat in there somewhere, but mostly we float in ambient space for the whole journey. I hope this album will also see a 2LP treatment one of these days, it sounds great.

Astral Magic - The Chosen Ones pre-sale started on Bandcamp! The album will be released on May the 7th on strictly limited edition CD of JUST 100 copies. The cost of the 80 min CD is 10€ + postage. You can of course purchase a digital download as well for only 7€.
This album features several best tracks from the previous digital-only releases (all remastered and edited, some remixed) and loads of great new tracks. Mostly on the electronic side, but there is also good old space rock, krautrock, mystical ethnic vibes etc.
The guests on this album are Jonathan Segel, Luis Simões, Fred Laird, Kimi Kärki and Pete Bingham...
You can already stream four of the new tracks and a few old ones and download them upon purchase!
There is also a link to pre-save the album on Spotify, Deezer and Apple Music:
orfeolab.lnk.to/TheChosenOnes
Lähettänyt Dj Astro klo 11.52 Ei kommentteja: