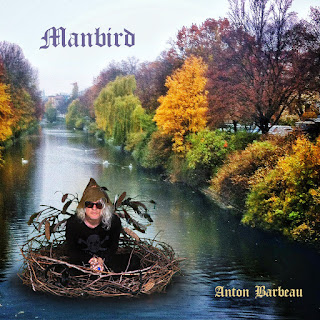 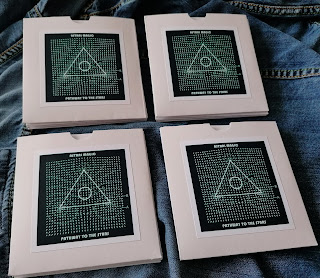 SF 42
Astral Magic
Pathway To The Stars
50 Copies
Super excited to introduce you to Astral Magic. This is the new solo project from ex- Dark Sun bass player Santtu aka Mika Laakso.
This debut release presents the more cosmic/ambient/ electronic/ experimental (but no less spacey!) side of Astral Magic.
Recorded during lockdown The album features eleven spaced out tracks featuring guitar contributions from Vince Cory and Pete Bingham.
This cd comes in a individually numbered edition of 50 copies in white card sleeves with paste on artwork created by the artist himself.
You can check out and/or download the album here : https://darksun.bandcamp.com/album/pathway-to-the-stars
Cost as follows :
UK = £7.50
Europe = £10.50 GBP
USA & ROW = £12.00 GBP
Paypal to roger.linney@btinternet.com
PLEASE CONTACT ME BEFORE ORDERING.
https://www.reverbworship.com/
Lähettänyt Dj Astro klo 12.44 Ei kommentteja: 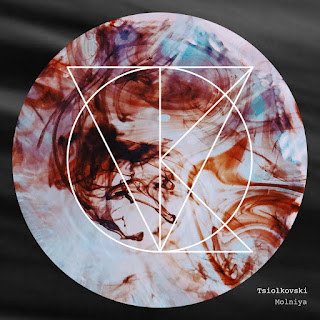 Wow, it's cool how these great new bands and solo projects keep on popping up in your psych radar. Tsiolkovski, a one-man space/psych/doom project by Jean-Philippe Bidegain from France is definitely one of the most interesting ones in recent times. He plays electric guitars, bass, drums and synthesizers by himself on this instrumental debut album by the project. These six tracks were released on Bandcamp in February and the two limited vinyl editions should be out any day now, a bit late due to pressing plant problems as is usual these days.

The eight-minute opener "Voskhod" is a slow and majestic, heavy and spacey piece with a lot of emotion. I'm in love! The title track "Molniya" has a fast, motorik kraut/space rock beat with tons of echoed guitar and spacey synth effects floating around. Very hypnotic and psychedelic, getting even better! There's a crushingly heavy, slow doom riff at the end, phew... This somehow reminds me of heavy Finnish occult psychonauts Oranssi Pazuzu and Dark Buddha Rising. "Terechkova" is heavy, spacey, slow and ritualistic/hypnotic stuff to bang your head to. There are some more experimental, very deep parts later on... Excellent! Then Jean-Philippe kicks in the dark, cosmic gear with "Mons Maenalus". This is not so heavy until the end, another killer track. "LMC X-3" is fast space/kraut rock and really rocks with that one same simple riff for 4+ minutes. Something Alan Davey might produce. The last piece has a nice psych/kraut rock groove reminding me of the early Cosmic Dead that I really enjoy. No hints of doom or metal on this one which is nice. I really dig this simple tune! All in all, this is a very recommended album if you enjoy psychedelic, heavy space/kraut rock and are not afraid to dive into the darker, doomy and more metallic universes every now and then. Psychedelic Doom From Outer Space!