These are the top ten records I've been enjoying the most this month (apart from purchasing a lot 60s/70s psych 7"s lately) : 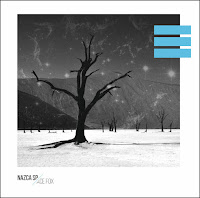 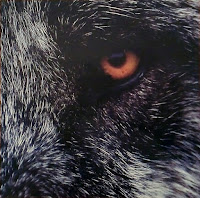 Killflavour is a German underground psych/post/alternative rock band formed in 1995. I have previously reviewed one of their three CD's but that was many, many years ago I think. Forest Mirror is their latest album after seven years of no releases and it is a great one. The album has a dark, experimental, hypnotic and hallucinatory vibe and the four tracks are very much based on improvisation. This is how they describe their music: "our music is free from rules, hierarchies, structures, constraints and full of spirit and ghosts". They use a lot of synthesizers, samples, organ, bass, guitar, drums, percussion etc. and the singer's output ranges in between whispers, animal noises and rather "very spaced-out Jim Morrison-like" vocals.

The opener "In, But Not of This World" builds up slowly creating an eerie, somehow animal, close to nature feeling. You get the sense of being deep in a magical forest or something. When the minimal, slow beat and psychedelic guitars begins, I'm reminded of Dead Can Dance. The track is instrumental apart from some ritualistic, shamanistic chanting. I'm spellbound for 11 minutes! "Shifting Paradigms" is the album's shortest track at 4:10. Here the singer channels Morrison from beyond the grave, another slow, hypnotic and dark piece. "Hiding Nature" continues the slow, mesmerising style with cool lyrics and sound effects along with a rather primitive beat. I love the synthesizers later on. For the drone rock fans, I guess. The B-side of the album is filled with the over 20-minute "Word as Shape" that has some spoken samples at the beginning. This is an atmospheric, more post-rock styled track that also has a bit more melody. The track gets heavier, more intense and sort of krautrock-like towards the end. A very nice instrumental (apart from a few quiet human voice lines now and then)!  I really like this album since it has some amazing moods and a pretty unique, psychedelic vibe. For lovers of dark, experimental and psychedelic music with lots of deep and weird vibes. The album is available on vinyl limited to 300 copies with a very cool open gatefold cover and you can also buy a digital download from their Bandcamp site. 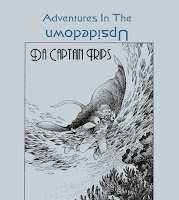 I reviewed the 2013 debut full-length album by this great Italian instrumental psychedelic space/prog rock band in early 2014 (check it out over here) and liked it a lot. In the mean time the band has re-released their first digital only EP on vinyl with bonus tracks, done an excellent split LP with the almighty Sendelica and also released a live album on the German Sunhair Music. Like all the above, this new album is a limited release and available on CD and LP with totally different artwork. The line-up features Cavitos: guitar, Peppo: bass, Tommy: drums and percussion and Bachis: synth & keyboards and bass on "Mother Earth". there are also a few guests like Lee Relfe the saxophone player of Sendelica which is great.

The album includes seven tracks. "The Calm and the Storm" starts off things in a laid-back, atmospheric manner creating a cool mood although it starts to rock/boogie out a bit after a couple of minutes. Nice opener! The galloping "Manta" has cool delay guitar work and keyboards and brings to mind bands like Monkey 3 without getting that heavy. Lots of guitar solos on this one. "Revelation" is slower and more mystical with a little bit of  Eastern vibe, lovely! I like the melodies and Lee's sax is spot-on too. "Dear Zahdia" begins as a melancholic ballad but turns into a rocking space rock orgy with space sounds, wow! "Trepasses Bay" is a beautiful, atmospheric track that comes close to some of the post-rock bands. "Peaceful Place" somehow brings to mind Colour Haze before it gets more electronic and hypnotic after the middle. The last track is the album's longest piece "Mother Earth" and it is peaceful, acoustic stuff before it starts to kick ass towards the end. All in all, this is great, honest album without too many overdubs but a lot of emotion and soul. Check it out! 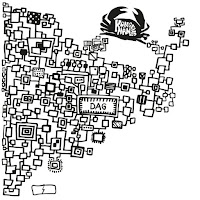 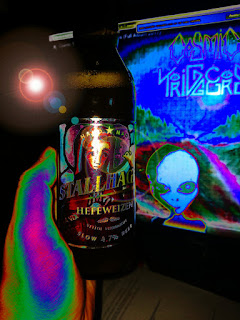 Oh yeah baby, check out my groovy and spacey (etc...) show at: