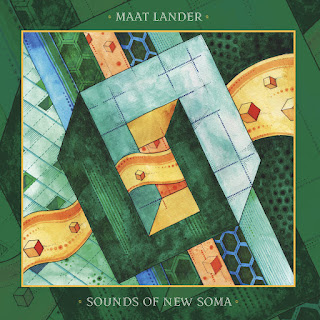 This is a marvelous new split album by two of the most interesting modern instrumental psych/space/krautrock/ambient/electronic bands. On side A we get more of the rock thing with three previously unreleased tracks by Russian's Maat Lander. When you have members from bands like Vespero and Re-Stoned you just can't go wrong and Maat Lander definitely does the job with flying colours again. SONS is for sure one of the leading acts in the more "kosmisch" school of mind-altering ambient music at the moment and I have loved their every release.

At first, Maat Lander show us the "Maat's Way" with a peaceful beginning that shortly builds up into a cool Ozrics styled groove. The Fedotov brothers tight rhythm section and cool, spacey electronic sounds is a perfect match to Ilya's very fluent, soulful and imaginative guitar playing. "Volga Dream" is a slower, atmospheric trip deep into your mind, just close your eyes and let the music take you on a journey. "Lunar Module" has a cosmic vibe from the beginning, the hypnotic beat starts after the two-minute-marker. Very nice yet again, we are floating in space!

SONS deliver us three a bit shorter (for them, anyway!) tracks all in between 5 and 6 minutes in length. "Auf Fart" starts off their side with beautiful, tranquil synthesizers staying rather minimal and ambient all the way. "Radweg ins Glück" is next and this time we also get some Tangerine Dream styled sequencers and laid-back guitar. Very mellow and pleasant stuff! "Ab Fart" ends the B side in similar mode, but now there is also some faint electronic beat. These three tracks seem like three parts of a one long piece since they flow together so nicely and put you in a cosmic dream state. Wonderful! If you want this superb split LP you'd better hurry up since it's limited to just 300 copies and already sold-out at source. 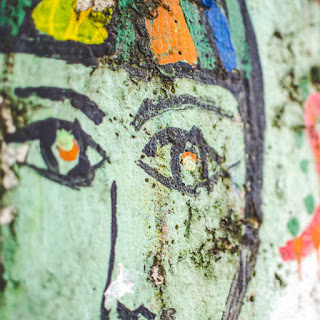