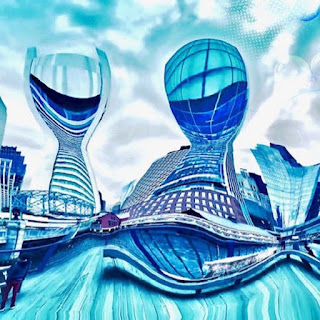 Violet Nox is an experimental electronics/synths/guitar/vocals ambient/no-wave act from Boston. I have reviewed their Twin Flame EP that was also released on Reverb Worship's electronic only sister label Sleep Fuse last year. Future Fast is rather similar in style but maybe a bit more minimal and weird.

There are four new tracks. The eight-minute "Cosmic Bits" starts up slowly and quietly. I like the cold, bit twisted and spacey vibe and when the beat joins in the track gets sort of going. "Moonshine" is slower and has more vocals. "Super Fan" is pretty experimental ambient stuff and gets rather hallucinogenic as well. "Bell Song" is another electronic ambient excursion to the alternate dimensions. Get a copy of the very limited (50 copies) CD-R from www.reverbworship.com. 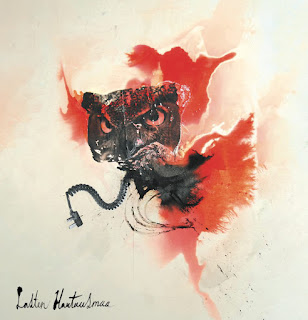 It's been a spacey New Year so far. These are the first two dj gigs for me this Spring and I must say I'm very excited: 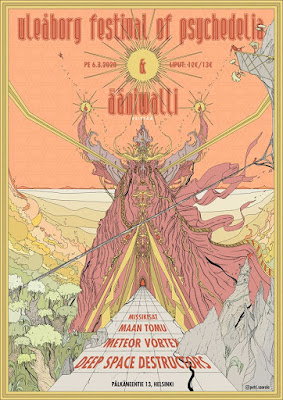 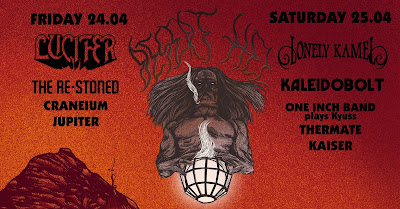 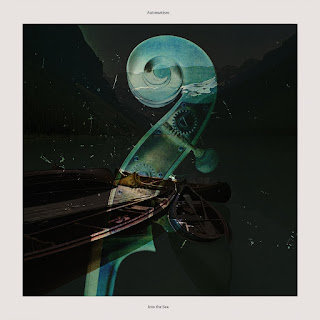 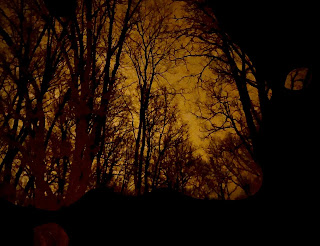 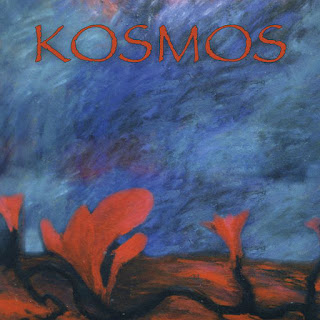 Kosmos is a progressive, occasionally Eastern-tingled psych folk/rock group from Turku, Finland. This is their fifth album since the 2005 debut Tarinoita voimasta. I've been a fan since the beginning and reviewed all the previous albums as well, I think. The main band was at the time of recording Päivi Kylmänen: vocals, Kimmo Lähteenmäki: drums, conga-drums, organ, mellotron, Kari Vainionpää: guitar, bass, Olli Valtonen: shrutibox, taalmal and Ismo Virta: guitar, mellotron, organ, synthesizer and drums. In addition, these musicians are also featured: Juha Kulmala: reading, Arto Kuronen: bass, Sini Palokangas: violin, saxophone, xylophone, Kari Riihimäki: electric guitar. That's quite a cast and combination of different instruments and talents and that's also exactly how this album sounds like.

The title track  "Ajan peili" ("The Mirror of Time") is a wonderful, atmospheric, lush and pretty song with nice female vocals, guitars, mellotron, violin etc. As always the ethereal, esoteric vocals are in Finnish but also translated into English on the insert which is cool. Great tune, anyway! "Eilinen" (”Yesterday”) is a more cheerful progressive folk rock number like the bit more acoustic "Kohti taivasta" (”Towards the Sky”). "Aina lähellä" ("Always Close") is a soft, mellow folk piece with ksylofon. "Salainen oppi" ("The Secret Doctrine") is another rather minimal, tranquil piece with some cool mellotron, sax and Pekka Streng vibes.  It is dedicated to Madame Blavatsky... "Jatkuvuus" (”Continuity”) includes meditative narration and is a psychedelic, sort of darker, almost oppressive number and the last track "Minä olen" (”I Am”)  gets closer to progressive space rock á la Gong or something. Very cool, I'm loving especially the end of the album again! You can buy the limited, hand-numbered vinyl edition of 300 copies or professionally printed CD-R and in my opinion you really should. On of the best ten albums released in Finland last year!