Okay, I was going to have a little break from djing, but they need me so... I'm in! This will be a heavy night, you've been warned... 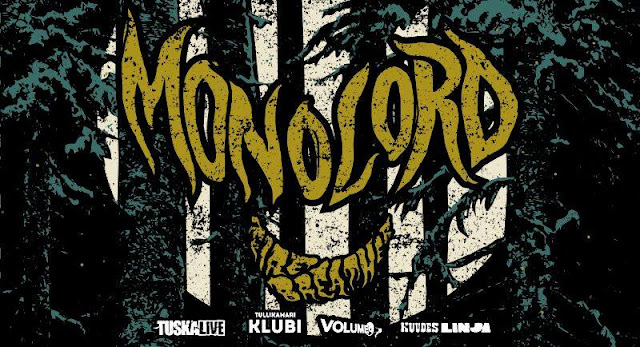 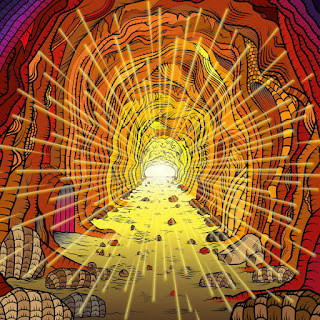 The first time I saw From Grotto live a couple of years ago I realized this band was one of the most interesting new psychedelic prog rock bands in Finland. They mix influences from 90s Finnish legends Kingston Wall together with the weirdness and spaciness of Gong, some funky, jazzy parts and heavy prog of King Crimson adding lots of original ingredients as well. Having released their debut EP in 2015 in digital form, 2017 saw the dawn of their first full-length and now it's also available on limited edition vinyl! There are only 250 copies of it.

The opener "The One Wildling" sounds like Swedish progressive psych band Bland Bladen with vocals added. I got to admit that it took me some time to get used to the vocals, since he's pretty intense and theatrical. I love the way he plays the synth and the mind-blowing effects on the vocals! There's lots of different stuff happening to keep the listener interested. The great saxophone definitely adds the pot-head pixie vibe. Spacey, weird, adventurous and wild going! The shorter, groovy "Cycle of the Badger" is much closer to Kingston Wall or even Jimi Hendrix but also a cool tune. Some great playing on this one. "Five And Four Ill Fated" is more progressive stuff again with lots of various turns and moods. "The One That Watches" starts off with didgeridoo drone and then tribal percussion is added to a great effect. This track has a pretty dark, experimental vibe all the way also adding some groovy, Gong-like stuff. "Floating Head" must be one of the band's oldest tunes and has a strong Kingston Wall feel to it. I love it! "The Bustle" is groovy funk rock with psychedelic and dub touches. I wish they had more instrumentals. The longest track on the album is saved for the last. The over nine-minute "Hallucifer: The Wizard That Never Got Some" is a real trip. It also has some flute which is nice. After the more peaceful beginning the track slowly builds up. This track includes cool solo work and killer beats and is a live favorite for sure. A more mind-blowing version of early Santana brings to mind?! Anyway, an excellent way to end an amazing debut album that will probably leave most listeners wondering what the hell happened after the first listening. From Grotto is absolutely not the easiest band to get into but very talented and definitely worth exploring. When you reach their inner essence you might want to stay there forever.