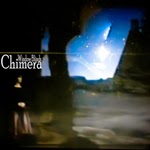 Window Blinds is an electronic duo project by Thomas Schärer from Switzerland and Petri Parkkali from Finland. Thomas is the drummer and keyboard player in a band called Dirk Dollar and also makes music as a solo artist under the name Staubfänger and Petri is the founder member of Zoomonk, whose music I have reviewed in the past. This 28-minute disc was recorded in 2012 and includes eight atmospheric, dark, adventurous, mostly electronic tracks influenced by the likes of Goblin, Dario Argento, Stelvio Cipriani, Tindersticks and Imperio Argentina. I’m also reminded of Radiohead etc., but this is subtler stuff. There is a certain psychedelic undercurrent going on, and some of the tracks definitely would make a good soundtrack to a (modern) horror movie. Some pieces are also pretty experimental, bit still rather listenable. One of the best pieces is the instrumental “1988”, some of the tracks also have quiet, laid-back vocals (both Petri and Thomas sing). The instrumentation includes piano, synthesizer, drum machines, guitar, Mellotron, Melodica and harmonium. I sort of have troubles trying to figure out what the guys were trying to achieve here, since at times it feels like they didn’t really know it themselves. On the other hand, sometimes there is a definite clue and the music is getting somewhere. This is not the kind of music that I love to listen to the most, but it’s still pretty interesting although a little demanding as well. You can check them out at their Bandcamp site!
http://windowblinds.bandcamp.com