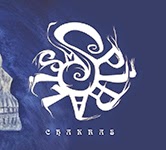 Spiralism is a young Helsinki-based band playing hard, atmospheric, psychedelic and progressive rock and metal. Most of the time they are wondering somewhere in between post-metal and post-rock. The line-up includes two guitarist/singers (one of them also plays synthesizer), a drummer and a bass player. The vocals can be either soft and beautiful or harsh growling or something in between. This is their first album, and as such a pretty good one.

The album has seven tracks on it. "Drowning High" opens up the album with spacey ambient intro, melancholic, beautiful post-rock passages and heavier, almost sludge-like parts. This is a 12-minute track, so lots of room for variation. I like it! "Sofia" is just under five minute in length and heavy post-metal stuff with melodic vocals. "Weighting of the Heart" is another long one and has some more atmospheric post-rock parts as well as heavy parts with harsh vocals. This one has some cool riffs and also dark, psychedelic vibes and is perhaps the highlight of the album for me. "The Fool" is a very light, airy, enjoyable and laid-back instrumental that gives some time to breath. "Dust Devils" is maybe the most metallic track of the album, but there's also some relaxed synth parts and more progressive stuff. Prog metal, I suppose. There's also a great guitar solo at the end. "Gnosis" takes us into a more spiritual place. There are some pretty, soft vocals, but his track also has it's doom metal elements and some bluesy jamming. The album is finished with the beautiful and mellow "Passages of Nuit". It includes a long, hypnotic and kraut rock -styled middle-part and more metal stuff towards the end. This band also works live, so check them out!