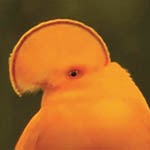 Lumerians is a mysterious band from the States. For me, they have been one of the highlights in the modern psych rock scene ever since I got a promo copy of their debut full-length Transmalinnia in 2011. They can be very groovy and cool, rock out or just float in space or experiment when needed, and I love all their releases. Their live gig at Roadburn Festival was also out of this world and totally blew me away... In 2012 the band released the Transmissions from Telos Vol. IV, that had four tracks and lasted just over 30 minutes, and this instrumental Vol. 3 was released late last year and it lasts just a little longer so I guess you could call these mini albums, although people usually consider them full albums.

"Murder Tubbs" starts off the disc with a rather slow, hypnotic groove and cool percussion and organ work. Guitar is mostly creating some background vibe with wah pedal, while synthesizers play melodies. Very nice, psychedelic and laid-back stuff! "Turiya" is a rather minimal, experimental track that has some ethnic overtones but quite difficult to pin down. Frankly, I don't enjoy this track that much. "Hook for an Eye" is again groovier stuff with lots of psychedelic elements and I like it a lot. The album is finished with the long (12:30) "Impossible Window / Caballero Futuro" that is also a rather slow, hypnotic track. The second part gets even slower and rather melancholic and atmospheric. This is a great release, but I somehow prefer what I consider their full-lenght releases: the before-mentioned Transmalinnia and the excellent The High Frontier (2013) since those albums also have faster, more space rocking and more structured songs with vocals while these instrumental Transmissions from Telos releases somehow seem a bit like more abstract out-takes although the material still is very strong and highly enjoyable. Anyway, do yourself a favor and check this great band out if you haven't already!