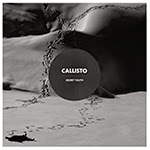 I have not heard the previous albums by this Finnish atmospheric post-metal band founded in 2004. The band has been quiet for a few years, but have now returned with a brand-new album and some live activity. Post-metal usually is not the genre for me, but I do enjoy this new Callisto album released a couple of weeks ago in Finland on 2LP, CD and digital download. The album has a melancholic, atmospheric, and also rather dark vibe, there are a lot of cool melodies, and I also like the beautiful, melodic vocals, although I don't care that much for the harsh screaming parts. Luckily there are not too much of those. Some not so heavy but sort of Gothic parts bring to mind even Depeche Mode which is actually not a bad thing. At their heaviest the band gets pretty close to even black metal, but no blast beat included though. The songs are adventurous and progressive enough, but not too complex of difficult to enjoy. There are ten tracks ranging in length from under two (the almost ambient instrumental "The Dead Layer" and ghostly ballad "Old Souls" ) to closer to eight minutes (the majestic "Ghostwritten"). It's hard for me to pick any favorites so let's just say that the whole album is pretty strong musically and very well produced. I bet this album will be one of the best metal albums released in Finland in 2015 and will bring new fans for Callisto from all over the world.