Floorian ‎– At Your Surface 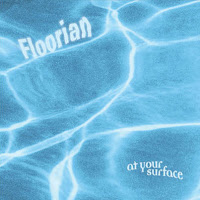 I've been a fan of Floorian since their debut album What the Buzzing released in 2004 by The Committee to Keep Music Evil. This North American psych rock band sort of delivers space rock in it's laid-back, dreamy and atmospheric form in the vein of Spacemen 3 or Pink Floyd but they also rock out a bit and are not afraid to put some more distortion when needed. At Your Surface is their fourth full-length release following the 2012 CD Cosmosaic.

The album starts off with the organ-driven, lazy and dreamy "Ternion" that is probably the most Pink Floyd insired track on the album. Great! "From On High" is a groovy, excellent and heavier psych rock blast but also quite slow and melodic. The beautiful but also rather experimental and industrial sounding "Face" comes next and then it's time for the 9-minute, weird and heady psychedelic blues trip "Icaro". Druggy stuff... Fans of The Myrrors, The Black Angels etc. will enjoy "Spinning Time", what a great trippy track with some 13th Floor Elevators vibes. The album is finished with the 14-minute-plus mind journey "Agra Man" that really takes you out there. I love the addition of oud, sitar, tabla and Moog on this one. Some of the best psychedelic shoegaze space rocking I've heard in years! Check out this excellent band if you haven't already, you won't regret it.