Tracklist
1 The Alpha Particle (from Accidental Sountracks: Vol. 1. The Alpha Particle) by John McBain
2 You Got It Or You Don't (from Raw Rock Fury) by Ecstatic Vision
3 Elysium (from Magnetic Anomaly) by Cobra Family Picnic
4 Peaches En Regalia (from Zappa split 7") by Superfjord
5 Carpe Noctem (from S/T) by Grombira
6 Behind All Evil Is A Black Hole (live, from Paradiso Is on Fire) by The Cult of Dom Keller
7 Just You (from 12" split) by ST 37
8 Biblical Prophecy (from Helios Rising) by Moths & Locusts
9 Tunnels of Qliphoth (from Tunnels of Qliphoth 7") by Capra Informis
10 Lost In Light (from Occult Architecture Vol. 2) by Moon Duo
11 People (from Just Say No to the Psycho Right-Wing Capitalist Fasist Industial Death Machine) by Gnod
12 Stranger Things (from Sacred) by The Obsessed
13 Organ Mantra (from Hasta la Victoria) by The Myrrors
14 Sycamore Trees (from 12" split) by Acid Mothers Temple and the Melting Paraiso U.F.O.
15 Love (from Await The Queen) by Crystal Jacqueline
16 North Star (from Oceania) by Astralasia 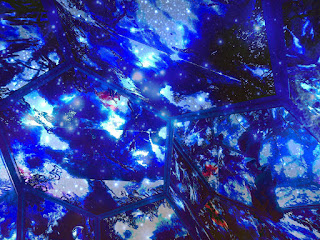