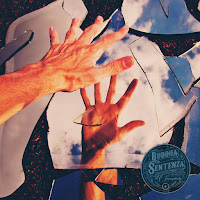 I reviewed the debut album by this German instrumental psychedelic stoner/prog/space rock band in 2013 and told that they are a mix in between Pink Floyd and Back Sabbath. This sort of still holds, but there are other elements in there as well. There is a strong 70s vibe although the sound is perfectly modern. I can hear echoes of bands like Eloy, Samsara Blues Experiment, Monkey 3, Colour Haze etc. just to name a few, but on their second album the band seems to have found their own thing as well. It's cool that the other guitarist also plays the violin and there's also lots of keyboards and synths.

"Jet" is the energetic and heavy kick-start of the album and this gets almost metal to my ears. Not that far away from bands like Amorphis but a bit spacier. Nice!  "Greek Ancestry" has some banjo or something in the beginning and then gets rather progressive in a folky way with some cool violin as well. It's still pretty heavy but also melodic. The ten-minute "Kréèn (Patagonian Lights)" has some weird spoken word samples at first and then it slowly starts to build up. This is a rather special track for sure. "Laika" is the shortest but perhaps also one of the most progressive tracks on the album and I can hear some theramin in there. "Blood Rust" is slow, darker and more hypnotic stuff with also some cool, spacey ambient stuff in the middle. Perhaps my favourite so far. The album is finished with the almost 11-minute "The End Is Coming... We'll Take It from Here" and this really is the album's grand masterpiece. Again, the going gets rather like metal at times, Opeth or Porcupine Tree come to mind. This is a very adventurous, atmospheric and varied prog metal track that has lots of different stuff and emotion in it. Amazing!