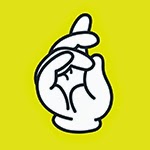 Siinai is a Finnish psychedelic/experimental/ambient/trance/electronic/drone/kraut rock band and Supermarket is their second album. They have also released one collaborative album with Moonface on Jetjaguwar. The band features musicians who used to play in the excellent Joensuu 1685. I saw the band's record release gig earlier this year and liked them a lot, and also got a CD copy of their new album to review. Sorry for the delay guys... I also saw them play with Moonface later on, another great night out for me.

The almost instrumental album includes eight tracks. First we get the three minute "En-trance", that is more or less a cool, ambient synthesizer intro. On "Shopping Trance" the band introduces the Manuel Göttsching like hypnotic delay guitars and drums, electronics and floating synth sounds. Lovely! Just check out the video... "Aeiouyäö" also has some faint vocals repeating the vocals over and over again. This very pleasant, atmospheric and airy track also has some more melody. The lengthy "Jonotus" ("Queuing" in  English) is an celestial, heady ambient drone, and "Prisma" (a market chain in Finland, notice a theme here?) is pretty ambient in nature too but has bit more stuff going on. "Smiling Cashier" gets a little more intense including a hypnotic beat and cool piano and keyboards etc. The ending is just droney chill-out, though. The shorter "Vasikka" has those delay guitars again and percussive drums as well as lots of keyboards and synths. Very nice! The album is finished with the slow and mellow "Exit" as we get out of the strange but pleasant, trans-dimensional shopping center world of Siinai. If you like psychedelic ambient acts like Astralasia and the kraut rock of Tangerine Dream, Ashra and Neu! you will possibly enjoy this album. One of the best releases by Finnish bands this year!