Last weekend was spent in Manchester. It was my first visit to this town and I had wonderful time. I saw some old friends who had managed to score me a ticket for the sold-out Temples show at Manchester Academy 2. I wanted to make a full weekend trip out of it, and noticed that there was a cool looking psych club night on Friday at Gulliver's, so I just bought a ticket for that too (only 5 pounds in advance).

It was the first time that Electric Jug had their club night at Gulliver's in the very groovy part of the city called Northern Quarter. Previously they had partied a little bit further away from the city in a smaller venue. Gulliver's was a pub that had a rather small but very nice venue upstairs and was perfect for this kind of club night. I met some very friendly people at the pub before the club started and had a couple of ales with them. Also the Electric Jug organizers were very nice and helpful and I enjoyed chatting with them. The first band of the evening was The Black Delta Movement from Hull. I had just checked them out in the internet and didn't know much about them, but their quite psychedelic, powerful and intense garage psych/indie rock was very enjoyable most of the time. Some of the tracks rocked really hard but there were also more melodic moments. These young guys have several CD EP's out and their manager gave me the latest one to review.


Then it was time for a local band called The Underground Youth that I first became aware of due to the Fuzz Club Record's excellent compilation The Reverb Conspiracy Volume One (also including for example Dead Skeletons, Black Lizard, The Lucid Dream etc.). The Underground Youth's set was definitely inspired by The Velvet Underground as well as Brian Jonestown Massacre etc. and I think I could also hear some Joy Division in their somewhat dark and melancholic sound. They had a cool female drummer who was standing and only played a big tom and snare which was cool. The other guitar player who also sang had a very cool Vox guitar and groovy effect pedals that he used a lot. Another very enjoyable show!


After the bands the party continued until 2AM but I was too tired to stay that long. I still managed to hear many cool songs played by the djs like "These Boots Are Made For Walkin'" by Nancy Sinatra. The only thing I missed that night was a psychedelic lightshow but the boys told me that they were working on that so maybe there will be some mind-blowing projections next time. Go and check out this monthly club if you happen to be in Manchester! 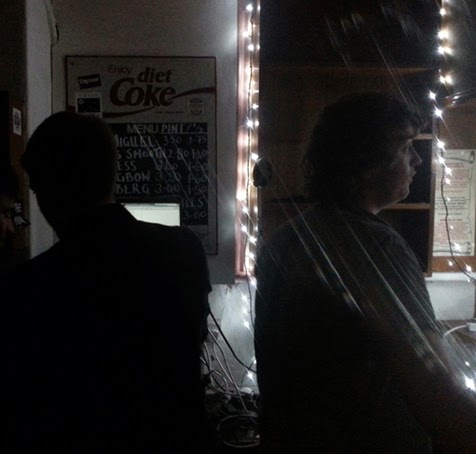 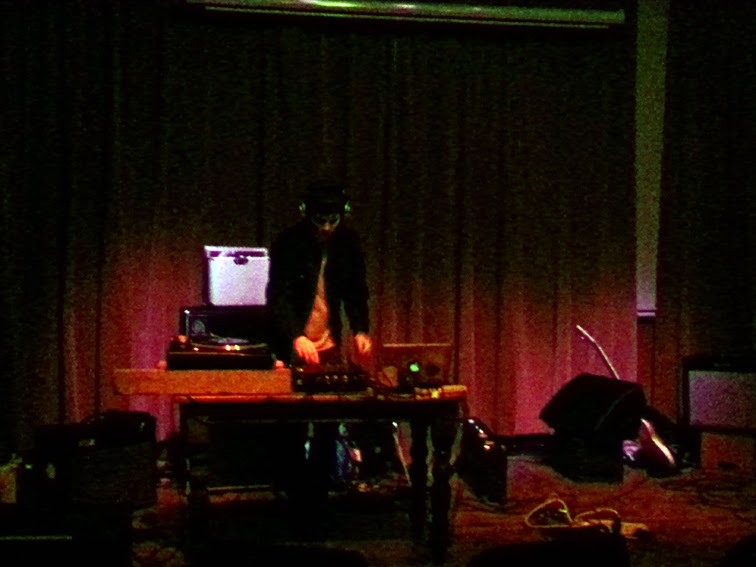 After wondering around town and going to some museums on Saturday (see photos below if interested) it was time to go to see Temples, one of my favourite bands right now. They managed to get quite a lot of attention with their singles last year, and the debut album released last month has been on top ten in the UK at least. I really like their 60s inspired psych rock/pop music that has great melodies, driving beats, lush instumentation and modern production values. There were two support acts that I was not familiar before, but I only managed to see the first one called Dark Bells. They were a nice psych/shoegazer/indie rock trio with a female singer-bassist and sounded surprisingly good. Too bad that I forgot my earplugs (and they didn't sell them anywhere at the venue) since the clear and very good vocals were mixed so loud that my ears were hurting a bit. So after a few songs it was time to go downstairs to the very cozy bar for a couple of pints. I missed the second support band Childhood altogether so I can't comment on them, sorry.
When the Temples gig was due to begin the venue was totally packed and it was really hard to get more refreshments from the bar at the back. They started with my favourite track "Colours to Life" and the whole place was mesmerized. I was a bit dissappointed that they had no psychedelic lights or video projections and just the standard rock show lights were used. The sound was crystal clear and not so loud as I had feared. They played almost every song on the album and at least "Ankh", the b-side of "Colours to Life" 10". There were some a little bit extended jams parts which was great, but the band had a pretty cool and distant way to perform, which might have made some people to think that they were bored or tired. Well, maybe they were, but the playing and singing was excellent, and they did move around a little bit. The other guitar player also played lots of keyboards which worked out really well most of the times. You could feel the psychedelic energies going through the audience, and lots of people were also dancing. It felt to me that the set was rather short and the encore was their latest single "Mesmerized" which was really mind-blowing! The best gig I've seen so far this year, well, the Psychic TV/PTV3 gig at Tavastia was probably as good. I'm really doing my best to see Temples again soon and so should you. There would have been a cool after party by Remake Remodel at The Ruby Lounge but I was just too tired.
Another video from the gig:
Here are some random pictures from Manchester. I liked the town since it was not too big but not too small and still had some old buildings left even though it was pretty much bombed down to the ground during the WW II. The War Museum was the most interestíng museum there: recommended. Piccadilly Records are of course legendary but there were other cool record stores and most of them in the Northern Quarter area. 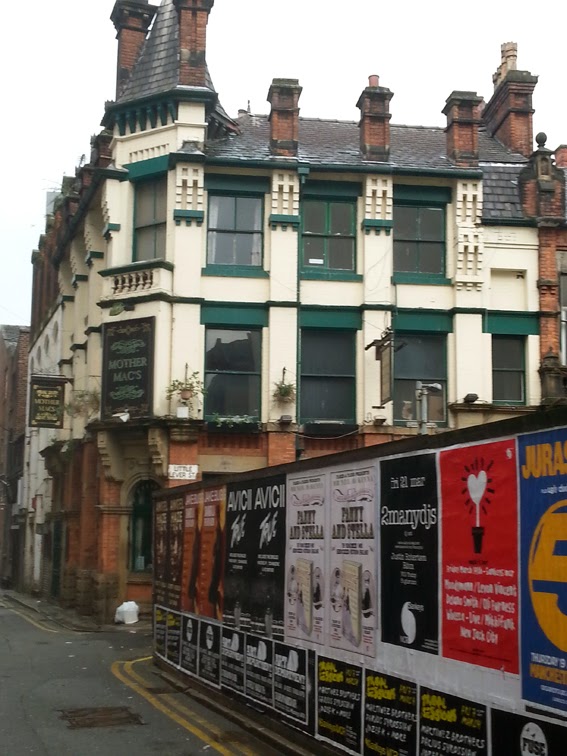 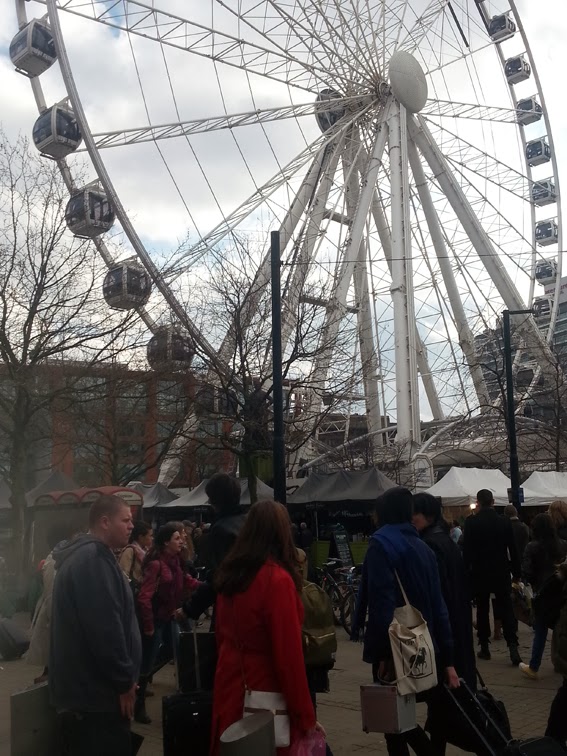 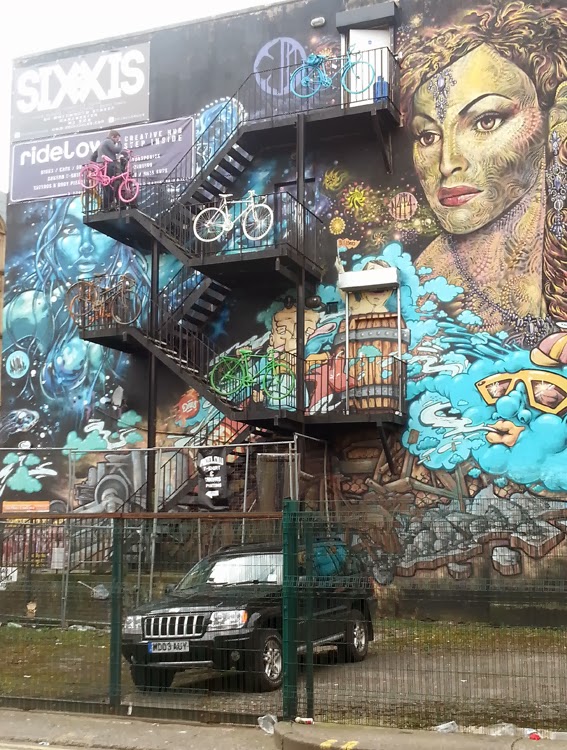 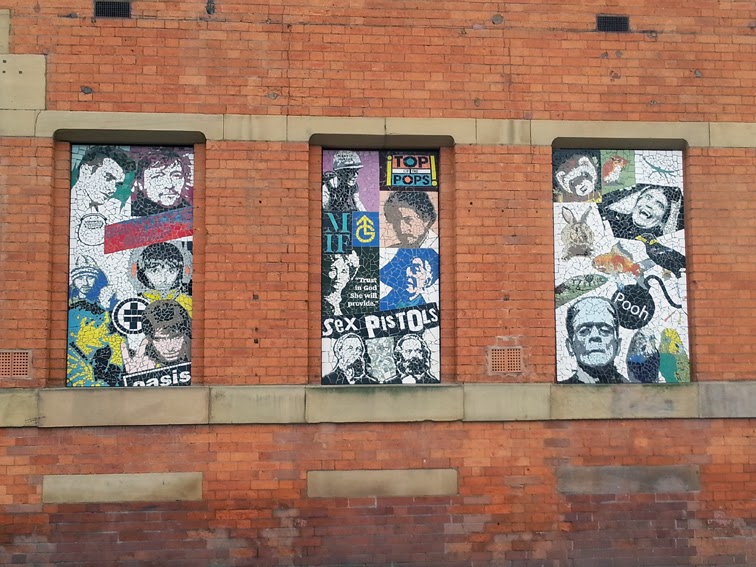 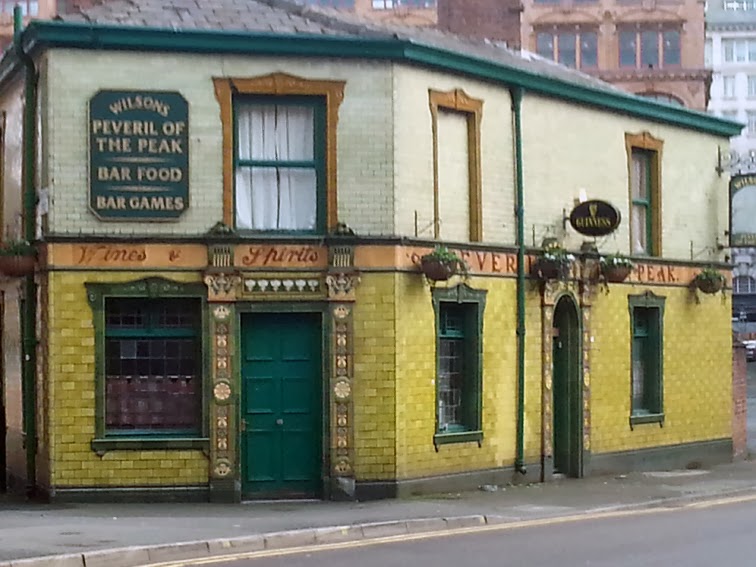 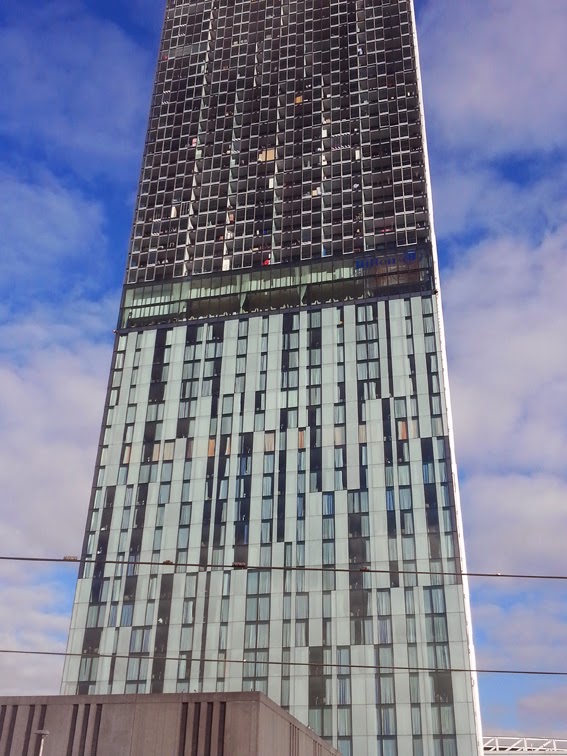 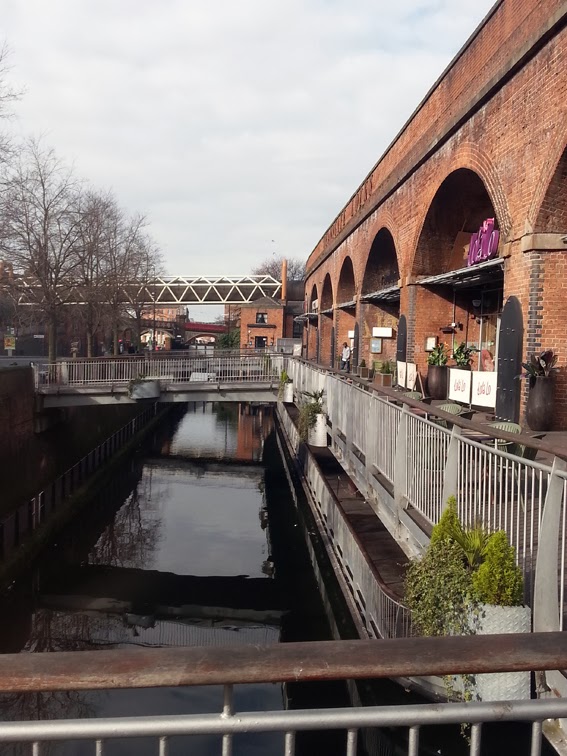 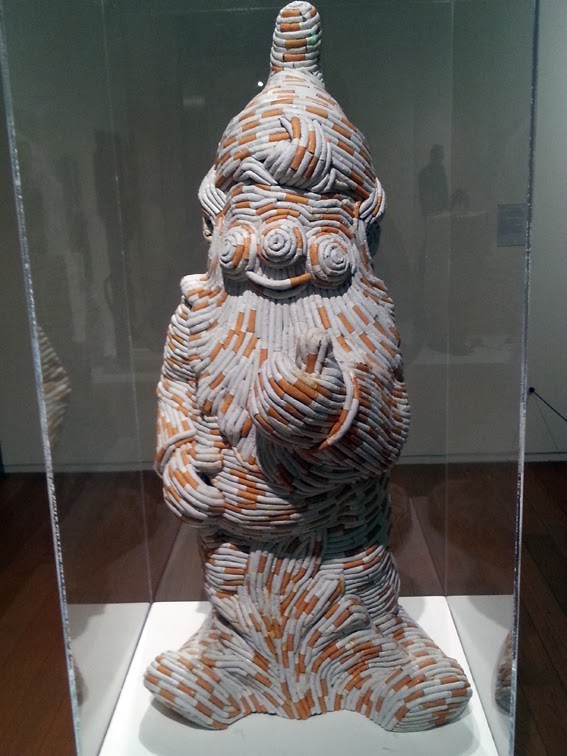 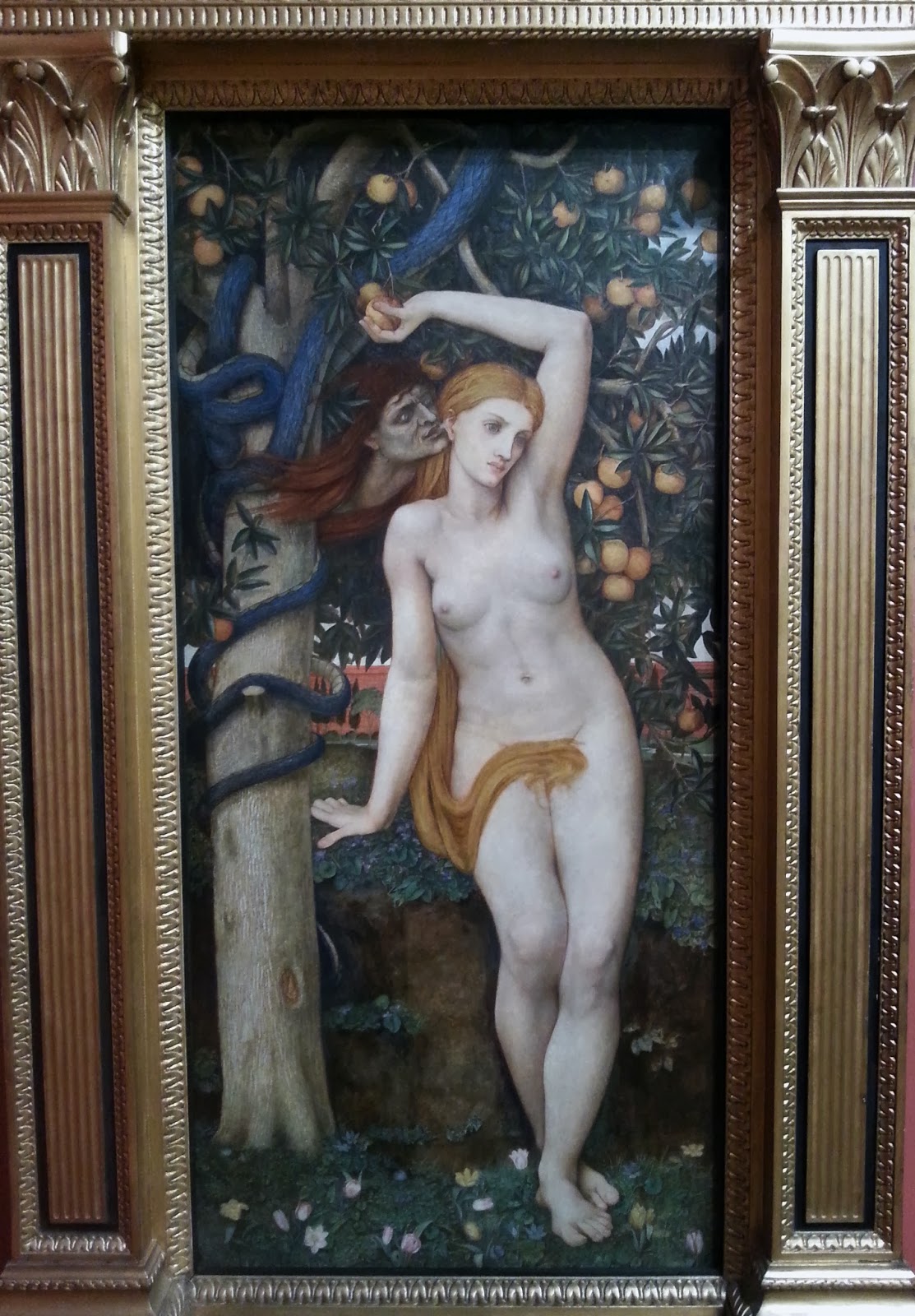 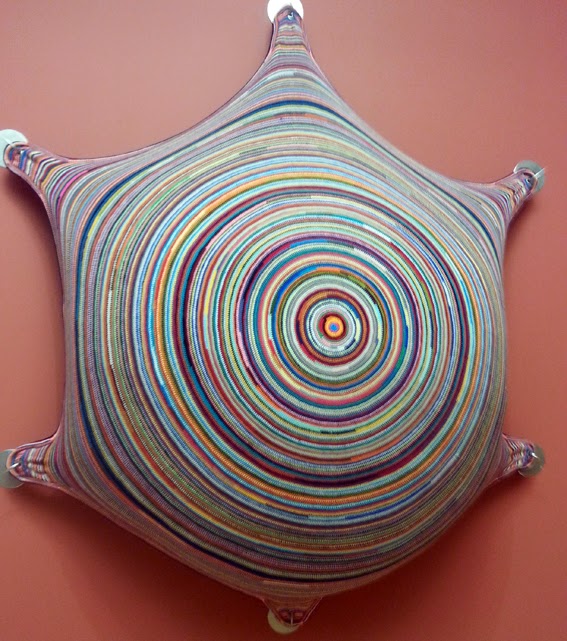 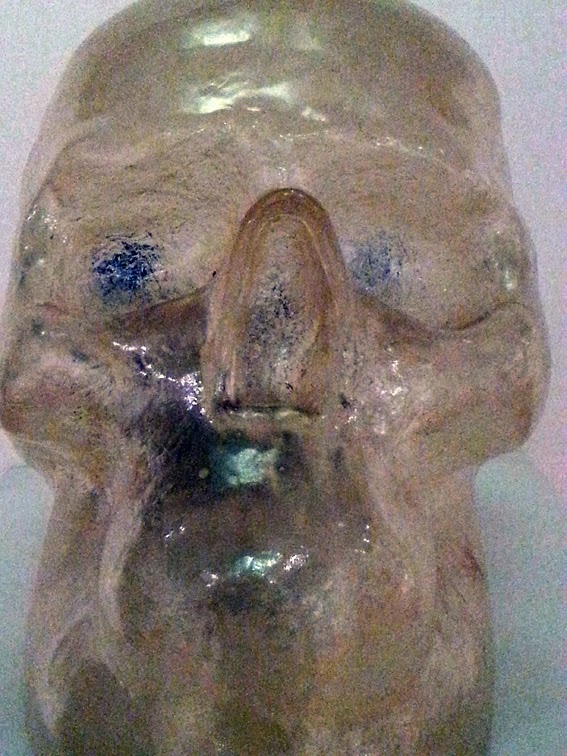 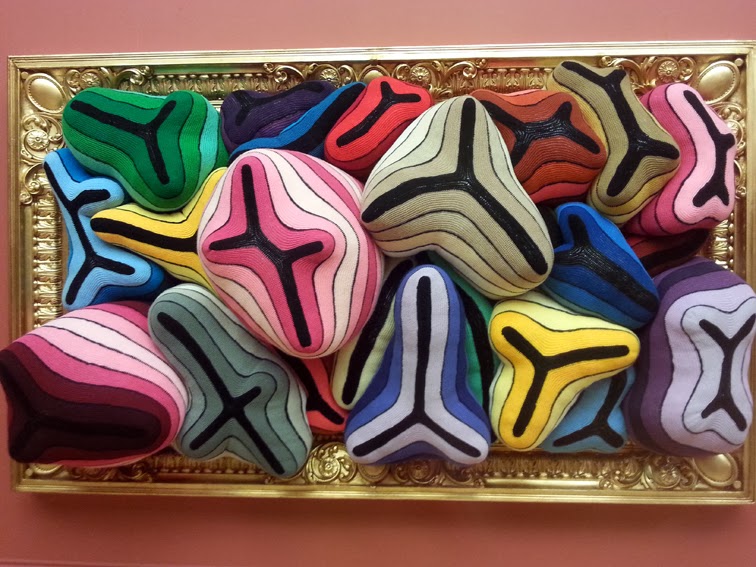 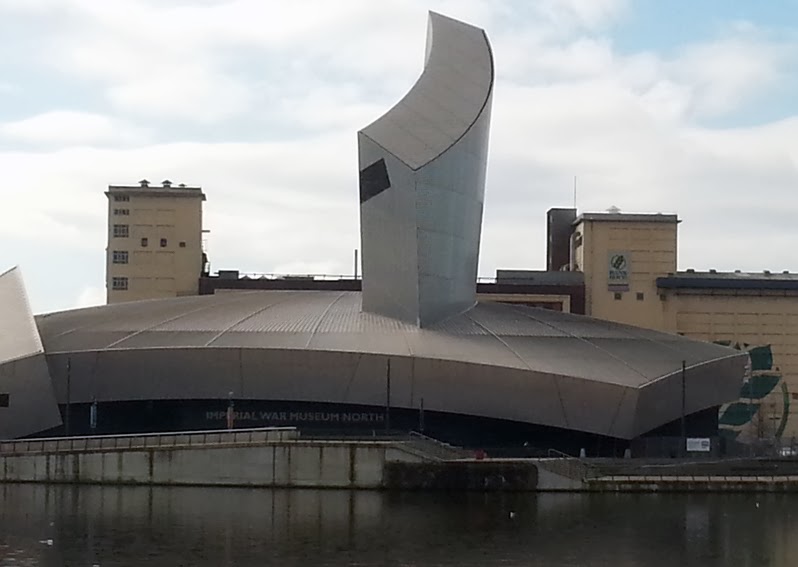 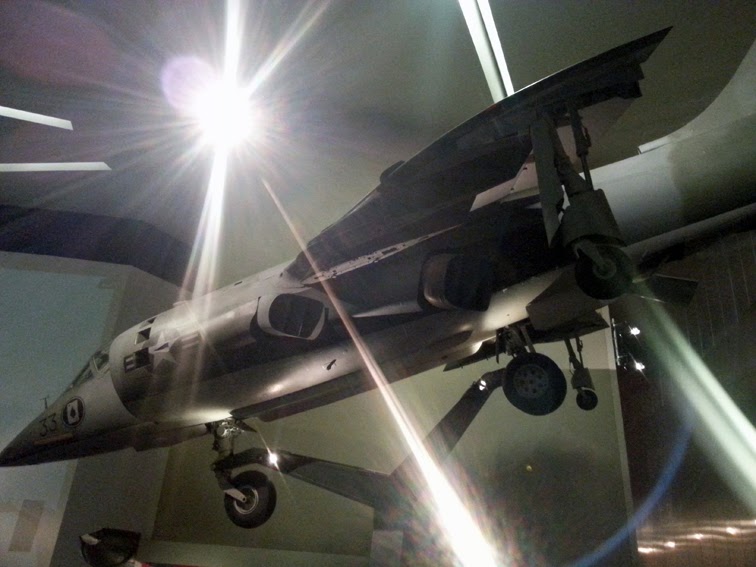 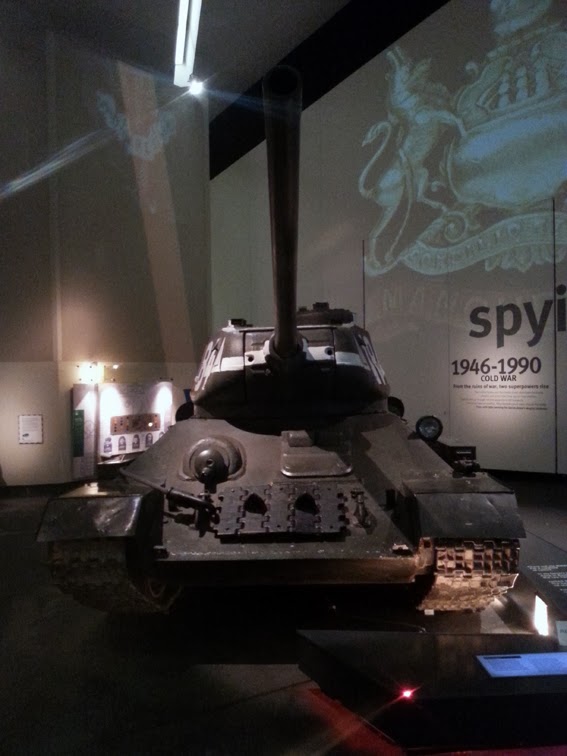 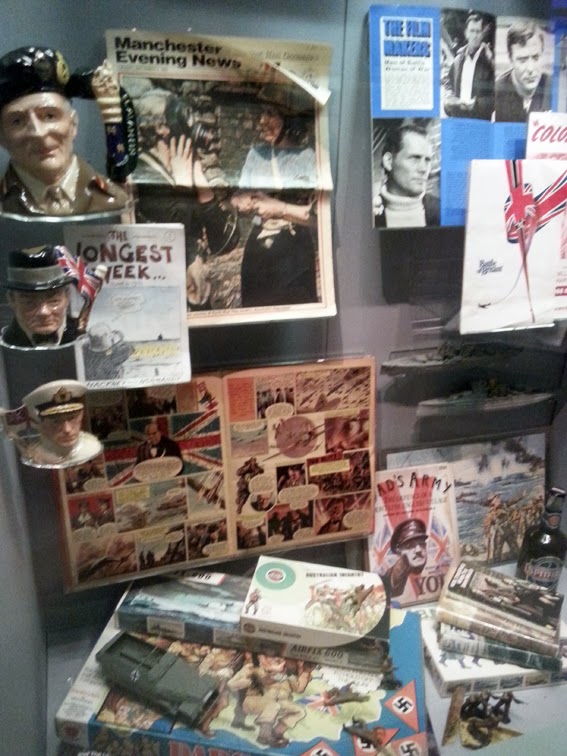 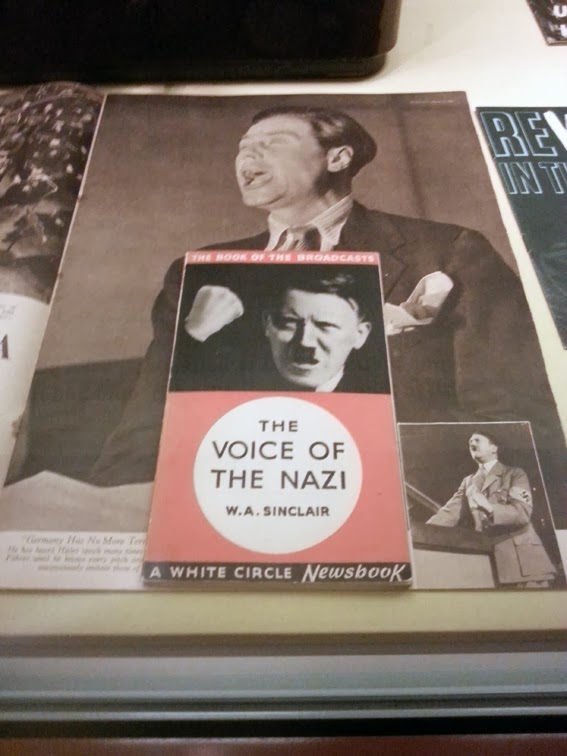 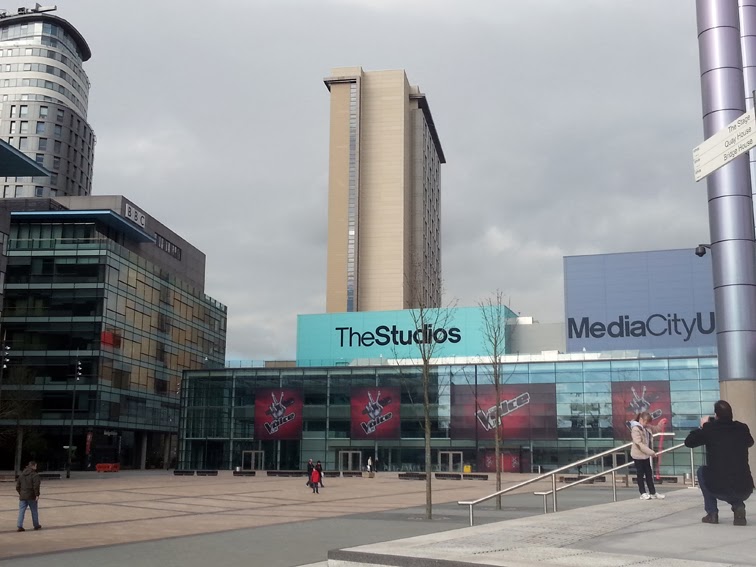 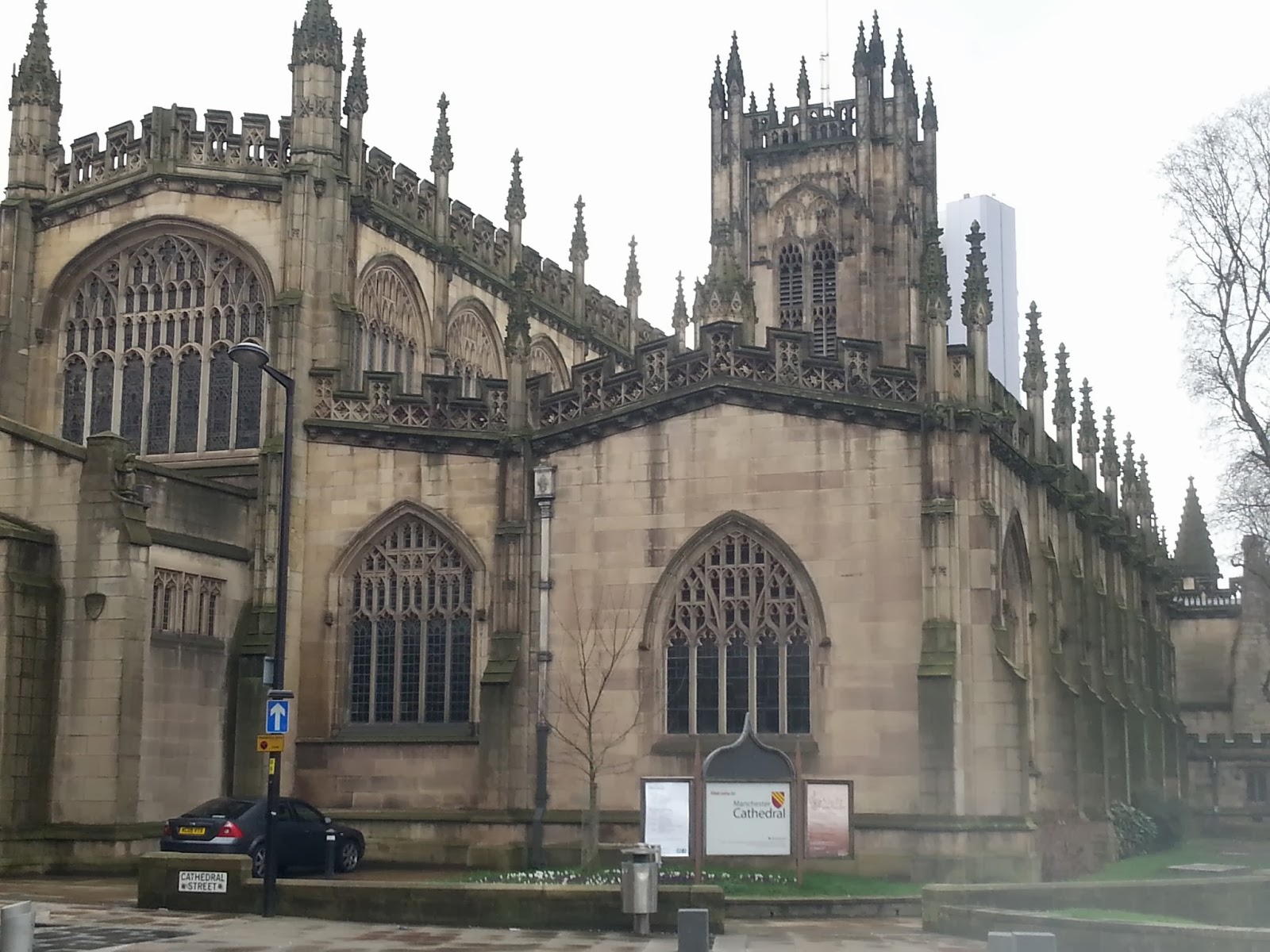 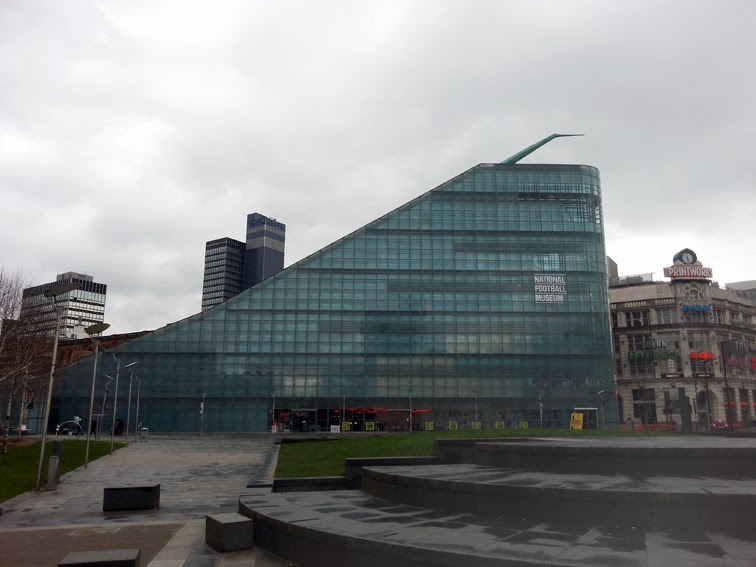 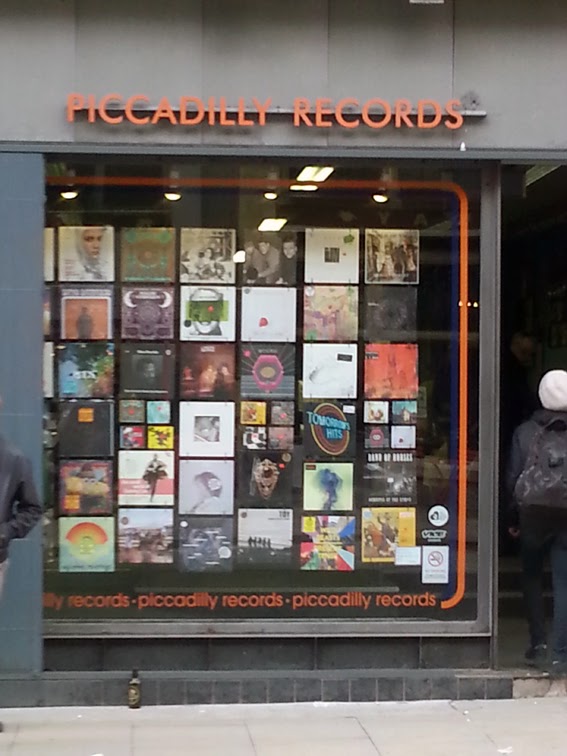 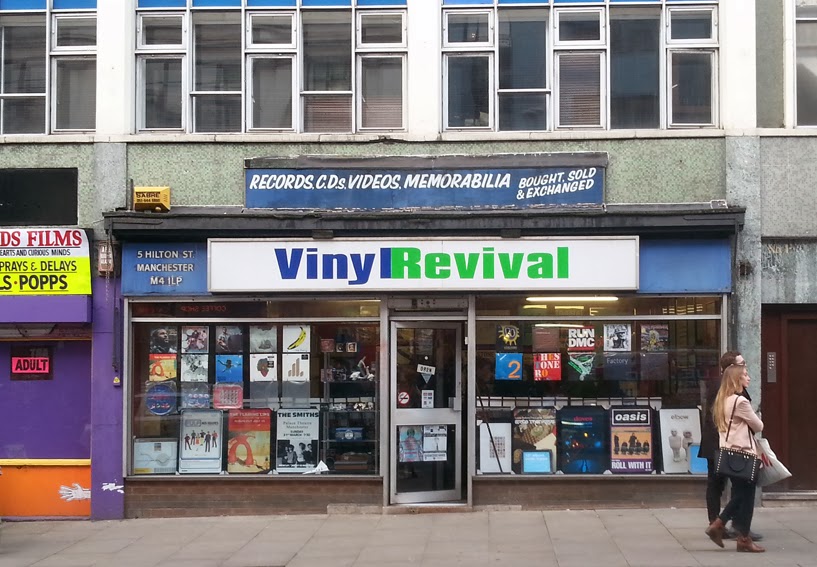