Psychedelic Warlords is a band from the UK led by Hawkwind's longest-running bass assassin Alan Davey. Last year the band celebrated the 40th year birthday of Hawkwind's legendary Space Ritual live album by playing the whole album live with as much authenticity as possible. I can personally say that their performance at Roadburn Festival was totally mind-blowing!

This year, it has been 40 years since the release of Robert Calvert's Captain Lockheed and the Starfighters and Hawkwind's Hall of the Mountain Grill LP's, and Psychedelic Warlords are touring these albums now. We have an unique opportunity to see the band live twice at Fight the Night II Festival at Ääniwalli, Helsinki. On Friday June 13th, the band will play Captain Lockheed with some surprises from the Hawkwind back catalogue. On Saturday, it's time for the Hall of the Mountain Grill set with again some other tracks added to the end.

You fan buy the 2-day tickets through Tiketti, early-bird price is 52,50. Other bands include: 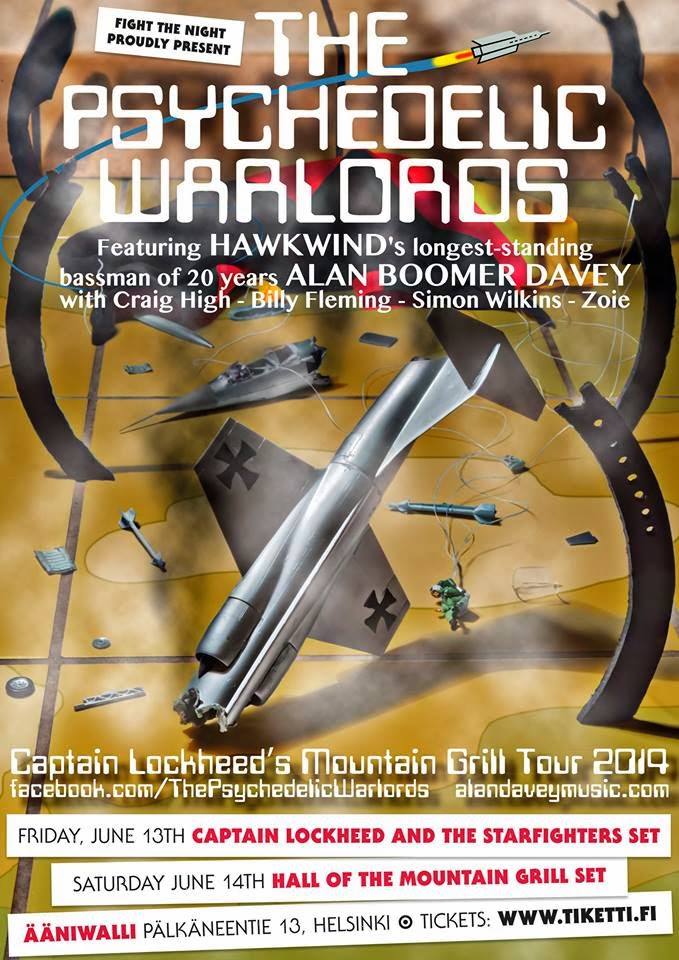