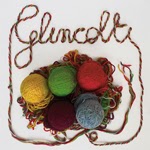 This is the second album by Italian instrumental groovy progressive rock/funk/jazz fusion group Glincolti. The band was formed by then OJM guitarist Alessandro Tedesco with his drummer friend Robers Colbertaldo in 2007 and has grown from that. I have previously reviewed their debut album released in 2008. It seems that almost everything is possible on a Glincolti album, but somehow the guys still seem to be able to keep it altogether. Some of the new album (well, it was released in 2012 so not that new anymore) sound a lot like 70’s progressive jazz/rock fusion, there’s definitely some Zappa influences in there and also some sax, although guitars (electronic, slide and acoustic), bass, and drums are the main instruments. We also get for example some organ and harmonica on the fast and funny, Western influenced “Cavalli di Razza” as well as the more relaxed piece “Un Pomeriggio da Naturalista” that follows. Some of the more progressive tracks also bring to mind King Crimson a bit, but this has more jazz. This is not the kind of music that I usually listen to, but the musical abilities and imagination of these guys still amazes me and I find myself enjoying most of the album, especially the last, a little longer track “Vita su Altri Pianeti” that also has some psychedelic, floating vibes.
www.glincolti.com