The Sonic Shamen - Tribute to Lemmy 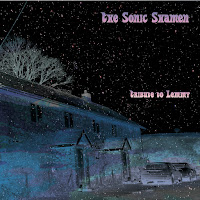 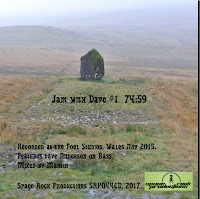 The Sonic Shamen is what you really could call a space rock super group. The mastermind behind this project is Dr. Space, the synthesizer wizard from free-form space/psych jam group Øresund Space Collective. He invited some members of the cream of the current space rock movement (ØSC, Litmus, Earthling Society, Red Electra) to jam and record at Dave Anderson's (ex-Amon Düül II, ex-Hawkwind, ex-Groundhogs) legendary Foel Studios in rural Wales and the results are totally amazing. It was unevitable that also Dave himself would join in the sessions, so this beautiful 2LP comes with a bonus CD including a 75-minute jam session with him on bass!

The 2LP includes five longs tracks. First we've got the closer to 18-minute-long "7 Or 7 or Not". As you might have guessed, it has a bit similar vibe to Hawkwind's classic "Seven by Seven", first released as a B-side to the hit single "Silver Machine". It has a cool chord progression, psychedelic space sounds and lots of guitar solos and like the rest of the album, no vocals. It's weird how fast 17 minutes and 44 seconds go past by while you're floating in space with this one! I love it. "Sam's Gopal" is of course a reference to Sam Gopal with whom Lemmy Kilmister played guitar and sung in the late 60's. This track is very ambient and spacey in nature and has no drums and really gets you high. "Freaky R'nR" is in total contrast and rocks out hard and heavy. Very cool! This is the album's shortest track at 7:13. "Ravi in Space" is an Eastern-tinged, long mind-journey that really allows you to sit back, take off your shoes and relax. The track grows in a wonderful way along the way and takes you to unbelieveable places. Finally, we have the albums longest piece "Stoned Dead Your Clever" that has a much darker, heavy and intense vibe and lots of great stuff in it. Sometimes I'm a bit reminded of "Interstellar Overdrive" by Pink Floyd... Wow! If this was not enough to freak you out of your mind you can always put on the wonderful bonus CD and enjoy the trippy 75-minute jam with Dave Anderson on board the space ship... I hope this one gets a vinyl treatment on its own one of these days! I also hope that there are more recordings from these sessions to be releaed in the future since this is just mind-blowing stuff.