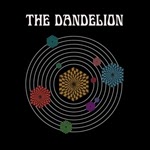 The Dandelion is the solo project of Daniel J. Poulter from Australia. He used to be the front man of The Dolly Rocker Movement who released their third album and a couple of singles on Bad Afro, so we already should be familiar with this guy and his great, melodic, 60’s influenced psych pop and rock. Daniel moved to the outback to find new inspiration to write music and recorded these songs with a simple four-track. The results are outstanding! All the six EP tracks are taken from the limited, self-released and already sold-out Strange Case of The Dandelion CD.

“I Turned on as You Turned Around” starts off this limited EP. It is a pleasant, simple, mid-tempo piece with great organ, hypnotic beat and also some flute in the beginning. The chorus is more melodic and very catchy and has a nice guitar line. There’s also a little guitar solo in there. I really like how this sounds, it’s very 60s! The repetative “Here Comes Love” has a more acoustic feel with flute and acoustic guitar, but there’s also a fuzzy electric guitar in work. Another very groovy track! "All Seeing Eye Syndrome" is a short psych pop track and “Pleiadian Love Vibration” is a little more aggressive and rawer track that rocks out with some killer riffs. Sort of The Seeds flirting with The Open Mind, how cool is that? There are also some psychedelic sound effects in the mix. The instrumental “Borderline Originality Disorder” has some flute again and is a bit more relaxed affair but still swinging stuff. The last, melancholic track “Leaving It Behind Blues” has banjo, flute mouth organ to give it a nice, earthly folk vibe. I really like this EP a lot and am already looking forward to hear some more stuff by The Dandelion. Check this out if you enjoy 60s inspired psych/paisley/garage pop/rock like Baby Woodrose, Jacco Gardner, Temples, Octopus Syng etc., you’ll love it!