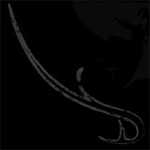 Douge is a new stoner rock band from Italy. They released this debut album early 2013, so I’m once again a bit late with my review (apologies for that!). This promo that I received was actually sort of buried under a lot of other stuff plus I couldn’t even figure out what band this was since the name of the band or album is not written anywhere… I just have the CD (with no text, even the label) and a simple booklet. Luckily I’m a natural-born Sherlock Holmes! Okay, let’s get to the point. Today was the first time I put this CD on and I immediately knew that this is one of the best bands from Italy that I’ve heard for a while, especially in the stoner rock genre. Two heavy, inventive and talented guitar players, tight rhythm section and a good singer, that’s all it takes in addition to some great tunes and good production, of course. Douge has all that.

There are 13 tracks on the CD. The opener “Stone” shows already that this is a killer band. Nothing that original, but still inventive enough and this rocks and works, and especially the hypnotic jam part in the work is really good. “Narbon Kailon” has some Kyuss and Colour Haze in it, not bad at all. “Violent Desire” gets a bit more aggressive as the title suggests. “Psychedelic Symbiosis” is a nice mid-tempo song with some more atmospheric touch. Then it’s time to rock out in a faster mode with “Sex Drugs”. The bit longer “Eragorn / Storm” has some 70’s hard rock as well as more progressive. “Truck Rocker” doesn’t really do anything special for me but it still rocks okay. “Simple Chaos” is a pretty, lighter track that still has also some heavy guitars at times. Nice vocals and slide guitar on this one. “Mr. Queen” rocks fast and hard again, but is maybe too straight-forward rock’n’roll to my taste. ”Pressured” is far more interesting stoner rocking and will blow your mind with its cool riffs! “Perhaps You Should Smoke a Cigarette Instead” gets more interesting and hypnotic later on. The last track “Look at Your Desert” is quite cool desert rock stuff and a fine ending for the album.