To celebrate the ongoing Chrome European tour and new album I decided to put out this review I did with the guitarist/singer Helios Creed back in 2006. Enjoy! 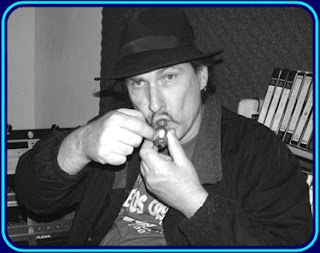 Coming from Hawaii, the guitarist legend Helios Creed was originally known from a San Francisco band Chrome who operated in the change of the 70's and 80's to do pioneering work on combining psychedelic rock, industrial, punk and new wave. This very influential guitar player has also made a lot of excellent solo albums with extraterrestrial music about aliens and other abnormal things that's been left a bit outside of the mainstream. The heavy, deranged guitar sound of Helios is based on massive use of effects, and his effected, even scary vocals can be too much for many people, but to me he is a big hero, the survivor of the great psychic wars. Helios is still making music, and I thought that it would be great to catch up with him.

Dj Astro: When and how where you first interested in music? Who where your first idols?

I was twelve when I really started getting interested in music and got my first guitar. My influences back then: Blue Cheer, Canned Heat, Jimi Hendrix, The Doors, -just to name a few.

Dj Astro: What where you doing before you joined Chrome?

Acid hehe... Doing a lot of folk type stuff and passing the hat in bars. Made a few failed bands.

I was playing with Gary Spain. He was playing violin over my acoustic stuff, he said he played bass in a band and made a record. I heard The Visitation and really dug where it was coming from and told Gary that they needed me. Then I met Damon and told him the same thing, the rest is history.

Dj Astro: How did you come up with the original Chrome sound? There was nobody around at the time that sounded anywhere near like that...

Well, that's what I loved about Damon and the guys, we were all into sounding original, and that's how it happened, it was just us being natural.

Dj Astro: Please tell us something about how it was being in Chrome during the early albums. What was it like to work in the studio? Can you describe a bit the scene in California at the time? What was your life like?

I would never trade those days for anything, it was a real gas. We were young, healthy and fresh.

Dj Astro: I think you didn't really play many live gigs with Chrome. Why was that?

Dj Astro: What are your favourite Chrome albums and why?

Half Machine Lip Moves is my fav, but really I love them all...

Dj Astro: How and why did the original Chrome split up?

Dj Astro: Please tell us something about the time after Chrome. It took a few years to get your first solo album X-Rated Fairy Tales out, what where you doing during that period?

Trying to get any companies interested in me, and trying to get my solo thing of the ground, it was a very tuff time for me...

Dj Astro: Have you been happy with reaction your solo albums have made on people? How about the sales?

The sales vary. I seem to go in and out of popularity, but I don't care. It's my baby and I love it and I don't care who loves it or hates it. But it seems to be on an up swing lately and that ok with me...

Dj Astro: How did you hook up with the Pressurehed/Farflung guys? What was it like to be part of the Nik Turner's excellent Space Ritual tour? Has Hawkwind ever been an influence on your work?

Those guys are fans, I met them at a HC show, I love those guys. Tommy G. got me hooked up with Nick Turner. It was both a nightmare and a dream come true to work with those freaks. Crazy memories like you wouldn't believe... 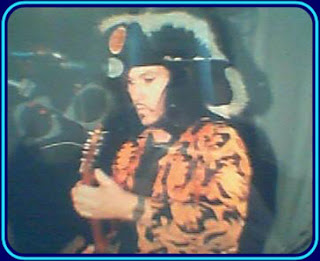 Dj Astro: What other collaborations have you done? What was the thing with the Butthole Surfers?

I played a couple tracks on Indipendent Worm Saloon, "Clean It Up{BITCH]" and "The Annoying Song", I love those guys.

Dj Astro: Since Damon's death you've been putting out albums as Chrome, as well us under your own name. Why's that? Is there big difference music vice between the two?

My last HC Chrome was Ghost Machine. I don't think I'm going to make any more Chrome albums after GM unless there's a lot of doe in it. There were just a few more Chrome songs I needed to do. Yes to me Chrome and my solo thing are two totally different entities.

Dj Astro: How important part have drugs played in your music? Do you think it's possible to create psychedelic music without hallucinogens?

Why not, it all comes from your imagination anyway? Drugs or no drugs?

Dj Astro: I guess playing psychedelic acid punk hasn't actually made you a rich man. What has helped you through the hard phases and made you still want to play music?

I love it, and someone needs to do it, don't you think?

Dj Astro: Please tell us about your UFO encounters. Have these influenced your music and lyrics a lot?

Oh, I think so. My experience with these things was a totally positive experience for me, to see a saucer hovering over my head and receive psychic knowledge about music and the future, and you know what. I don't care if people think I'm nuts or not, I think the ones I've seen are here to help...

Dj Astro: What it is that you want to achieve with your music?

To make people happy and give them a kind of hope spiritually they can't get anywhere else, and to get laid, hehe!

Dj Astro: Have you heard the Chrome tribute Burning Chrome released in 2005? What do you think of that? Any favourite versions on that CD?

You mean You've Been Duplicated? It's ok but I wish the guy that released it would pay me...

Dj Astro: You have a brand new CD to be released soon. Can you give us some details, like who plays on it and so on? You also got a new tour coming up, right?

Yes, it's true, a tour, and the album is called "Deep Blue Love VacuUM" with Jeff Pinkus- Fabienne Shine-Jerry Page-Paul Della Pelle-Blair Bovbjerg. (Pinkus is not on tour, Domokos of Pink Cloud is on bass for the tour. Bovjberg is also not on tour, just on the CD.)

Dj Astro: Anything else you'd like to say to the fans?

Yes, please be at the show, you won't want to miss this one!!! Thanks a lot Helios for answering my questions! Everybody who can should check him out at South by South-West Festival in Texas in May ( http://2006.sxsw.com/). 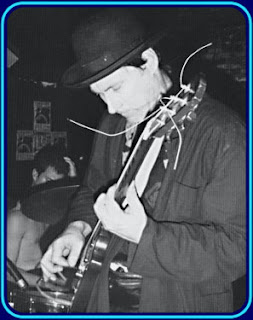 That's it, here are the remaining Chrome shows in Europe this time, be sure to catch them and buy the new album Techromancy when it's out! 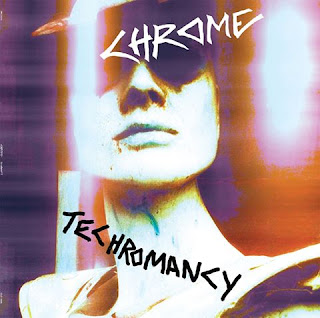