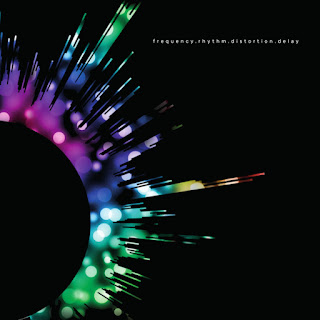 Psychic Lemon is a rather new band who rehearse and record in a small home studio five minutes walk from Syd Barrett's old place. They released their magnificent debut album in 2016 and took the modern psych rock scene by storm. This new album will be released on limited vinyl and CD next week and is even better in my opinion. There are only three members now but it has not slowed them down, on the contrary. If your main influences are Goat, Hawkwind and Amon Düül II and you have cool, fresh ideas of your own, what could possibly go wrong?

The opener "Exit to the Death Lane" starts off with groovy ethnic percussion that is soon joined by hypnotic guitar riffs. This track sounds like a hybrid of Goat and 90s UK indie psych rock bands like Loop or The Telescopes, very cool. "Hey Droog!" is pretty similar in style and again we get some groovy rhythms and heavy, mind-melting guitar that also gets rather noisy. Wow! "You're No Good" has a mesmerizing and motorik beat and reminds me of bands like Lumerians in their party mode. I also enjoy the hypnotic vocals and the free-jazz sax gives a nice extra vibe. One of the highlights for sure! On side B we've got two long, more experimental instrumentals "Interstellar Fuzz Star" is pretty far-out stuff and I can hear some Hawkwind and early Pink Floyd jams in here. Very nice! On the last, slower, spacey and experimetal piece "Satori Disco" the spirit of Amon Düül II shines through. I'm sure this album will be on my top list for 2018, it really is that good. Check out for yourself!