Sendelica - Sleepwalker Fever Soundtrack / Lilacs Out of the Deadlands 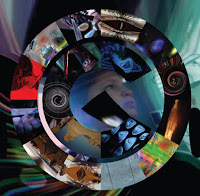 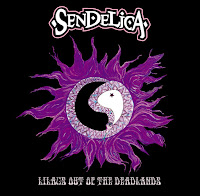 Our Welsh psychedelic space rock friends Sendelica have been busy again. Late in 2016 they released a limited 2CD/DVD live set to celebrate their 10-year career and in February came out their first picture disc LP Sleepwalker Fever Soundtrack. The wonderful, atmospheric and dreamy music on this disc was produced in 2007 for Grant Wakefield's movie with the same name and released only as a special tin box edition limited to just 50 copies. The band was then only in its early stages but the soundtrack really sounds and looks amazing. "Return of the Maggot Brain" of course more or less is a psychedelized cover of the beautiful Funkadelic masterpiece that the band also later recorded for their first Fruits de Mer 7" in 2010. Just close your eyes and float away... "To Create Is Divine" is another amazing, floating ambient piece that somehow transports you into a hazy dreamland. Later we also get some dub vibes and mellow, jazzy saxophone to make the journey just perfect. Another ten minutes gone in a lovely dream state..."Mr. Floyd Walker" is divided into two parts for the vinyl release, and it's a strange, trippy drone collage of different sounds, spoken word and soft guitar. The second part also includes some electronic beat. "Possessor of Your Heart" is a rather experimental piece with electronics, synthesizers and sax. "Sun of Sunfazed" is a more melodic and "normal" track that they later did again in a shorter form for Spaceman Bubblegum CD as "Sunfazed". It has nice guitar, soft bass and soulful sax with relaxed programmed drums and ends the album in a great way. Get this limited (300 copies) edition soon if you want a copy! Also available as a test pressing (sold out) and box version limited to just 75 copies that also includes a t-shirt, DVD, poster and postcards. What an amazing set I tell you!

Lilacs Out of the Deadlands is the band's brand-new 2LP that will be out on the 15th of April. The band descibes it as their yin/yang album, since it has two long, floating and ambient tracks on the first album and shorter, heavier, space rocking tracks on the other. Personally I love both of those Sendelica modes so this is a perfect combination for me! Both LP's also feature quest musicians as usually is the case with Sendelica. The chilled-out "yin" LP has tracks called "Occhiolism" and "Onism" and both last ove twenty minutes. I love the female voice on the very visionary, dreamy and wonderful "Occhiolism" and the equally drugged-out and hazy instrumental "Onism" has some very nice saxophone. Sounds like this one was totally improvized. The second album starts with the heavy and slowly pounding rocker called "Kenopsia". One of the band's heaviest tracks I guess! I just love Pete's guitar work as well as the sax. "Father Todd and His Official Faustian Bargaining Kit" rock faster and has s nice groove to it, I love it! "Not the Time for Salads" is the shortest track at 4:46 and another groovy and pretty heavy instrumental space rocker. The theremin adds spacey vibes in a cool way. "Staring at the Fainting Goats" is a rather energetic jam with doouble drummers that lasts for over ten minutes. The guys go pretty wild somewere along the way... The album is finished with another long and hard-rocking piece called "Dancing to Dante's Inferno" that reminds me of Hawkwind a bit. Never a bad thing in my books, of course! All in all, this is a marvellous, mostly instrumental album that's very psychedelic, half laid-back/half rocking and only the short, more song-structured tracks with proper vocals that the fans have heard on the couple of latest sudio albums are missing. There are three different, limited versions available and I recommend you to pre-order right away so that you won't miss out.

Please also note that the band will be on tour next month also playing three dates in Finland on 27.-29.4.! See you there...