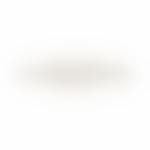 Mainliner is a psychedelic noise/hard rock band from Japan led by Acid Mother Temple’s wild guitar terrorist,l Speed Guru Kawabata Makoto. The band’s been together occasionally for closer to 20 years now. When Riot Season re-released their earlier album Mellow Out ten years ago, some customers returned the album since they though there was something wrong with it because of all the noise. No, that’s exactly how it was intended to sound! This probably gives you a good clue of what we’re dealing with here. Everything is recorded in-the-red so that the whole freak-out music is distorted and very loud and noisy.

The CD and very limited tape versions of this new album include five songs. The slow and heavy “Revelation Space” starts off with totally freaky, extremely loud guitar noise that keeps on coming, and it’s hard to hear the rhythm section clearly at times. Luckily the mantra-like, hypnotic and echoed vocals balance the chaos a bit and give it more space. The beat speeds up towards the end. This is wild stuff for eleven and a half minutes! “Taitan” is a bit shorter track that is at first a bit more atmospheric stuff with feedback & wailing vocals. It grows into total noise mayhem, of course! “D.D.D.” is two minutes of high-energy punk noise, “The Dispossessed” has a distinct hard rock riff and those echoed, mantra-like vocals again. This is one of the most structured songs on the album, although it’s still very noisy and Makoto bursts into his chaotic guitar solos from time to time. This track is sadly not featured on the limited vinyl version. Also the over 20-minute “New Sun” has at first a rather normal, constant hard rock riff and echoed vocals, but also some variation and lots of guitar freak-out jamming after a few minutes. This gets faster and faster towards the end and will burn your brain to a crisp! This album is definitely not for the faint-hearted but if you want a full dose of psychedelic noise rock mayhem then this is your thing.
www.facebook.com/mainlinerjapan
Lähettänyt Unknown klo 12.48