Fanatism - The Future Past 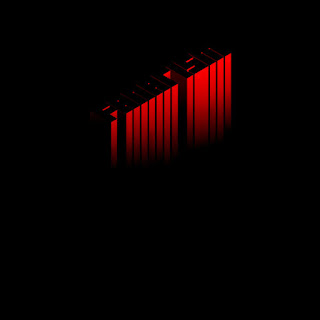 Like Automatism (check out my review) Fanatism is another new Swedish psych band related to Kungens Män. Compared to Automatism Fanatism is probably less jam-based and their tracks have vocals in Swedish and English. Both have psych/space/krautrock vibes but in a bit different way. Automatism is improvisational, more mellow and and sort of jazzy while Fanatism has a darker, harder hitting rock edge and clear compositions.

This album saw the light of day as a limited vinyl edition on the excellent Drone Rock Records, who have brought us some amazing delights by bands like The Space Spectrum, Psychic Lemon, GNOB, Domboshawa and Culto l Qondor, all on limited vinyl of course. The Future Past has four tracks on each side and I just love them all. Most of the music is performed with guitars, bass, drums, percussion and vocals, but there is also freaky/jazzy sax on three of them. Some of the album like the sort of post-punky "Upon the Gross" rocks out pretty hard and I like it. There are also more melodic, beutiful moments including acoustic guitar like the almost instrumental, melancholic "Tiden Rinner". "Nackögon" borrows its bass line from "Love Supreme". My favourites maybe still are the mystical opener "När Man Allting Sett" that brings to mind some of the 90s UK psych bands, the hypnotic, a bit Goat or Flowers Must Die styled "Shiv-Li-Yeah", the psych-rocking "One Of Us Can Not Be Me" and the trancey title track that ends the great album. One of the best psych rock albums this year so be sure not to miss it! Also available on CD on the band's Bandcamp site.