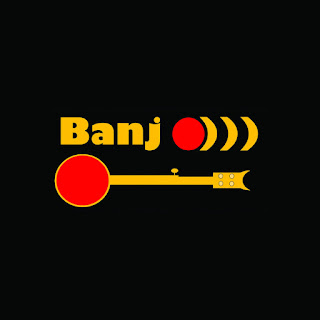 Okay, now this is something different... Three guys in Finland playing Sunn o))) styled experimental, distorted metal drone with banjos! In addition, the two, long tracks "Oh Death" and "Boil Them Cabbage Down" are originally both old traditional American folk songs but here butchered almost beyond recognition! Somebody might at first think that this is but a bad joke, but it actually works and I guess the guys have actually been (rather) serious about it...

The macabre vocals of "Oh Death" of course go hand in hand with the dark, low-tuned and distorted banjo drone, they really are a perfect match. "Boil Them Cabbage Down" was originally associated with African slaves brought from Niger and it maybe has even a bit more avant-garde vibe in this context. But hey, the slaves also made some very doomy and gloomy music so I can easily see the reason to use this one here too! I don't actually see any problem with Sunn o))) themselves playing either one of these songs either. Anyway, you can listen to both of these tracks on the Hulina Bandcamp site and make your own mind, I'm still sort of confused... The 25-minute EP is available on limited CD and cassette.