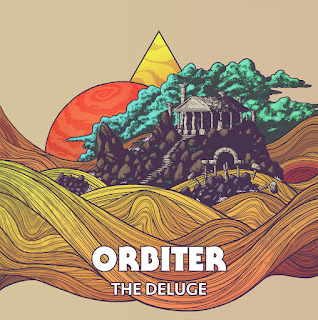 I'm happy that there is a healthy, bushy undergrowth of stoner/doom metal bands in Finland. Some of them are more 70s hard rock oriented, some total sludge, some really out there and some worship Sabbath. Orbiter from Helsinki mostly fits the last description with their heavy, riff-based and rather traditional style of heavy, doomy rock, although they also have a psychedelic twist and the great new female vocalist makes them stand out. I have previously reviewed their split 7" with Roadog and now it's time for a four-track 12" EP.

The Deluge includes four new songs. "Bone to Earth" is a slow, heavy and doomy track that reminds me of Electric Wizard a bit, although the sound is not so muddy and drugged-out. Some Candlemass vibes in there as well. Great riffs and vocals on this one! "Astral Racer" is a shorter, faster and almost instrumental stoner rocker and a bit more progressive too. On "Orchids" the band takes a groovy, bluesy 70s/Sabbathy hard rock touch that they also can master pretty well. "In Echoes" is a return to the slow doom metal universe and there is also some more experimental, atmospheric and spacey stuff in there to make things more interesting. Nice! In summary, this is a great little EP that has enough variation, great songs, playing, singing and production and I also love the cover art. The 12" is limited to just 200 copies so be fast if you want one!

Vibravoid - Out of Tune in Rosenheim: Triptamine EP Vol 6 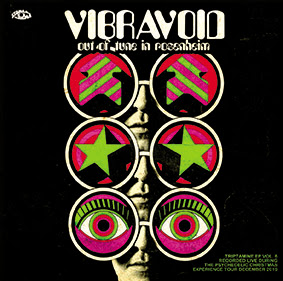 Vibravoid has it's beginning in the hazy days of 1990 and celebrate their 30th anniversary with many very interesting releases. This new limited edition 2LP was recorded during the band's Psychedelic Christmas Experience Tour last December. Without the band even knowing the gig in Rosenheim was recorded from the soundboard and after a lot of careful mixing is finally out next month. There were some problems like missing a few mics on the drums but all in all this album sounds awesome and will fill the sonic and psychedelic needs of all Vibravoid fans.

The A side includes four shorter psych hits: "Colour Your Mind", the new single "World of Pain" and two masterpieces from the debut album, "Just 13" and "Lovely Lady Deb O'Nair". The trio of guitarist/singer, drummer and organist works great as always. I love the way Vibravoid can do a full, whole piece of art in just four minutes or expand it into 20 or even 40 minutes and still keep things fresh and interesting. Next it's time for the long & trippy live favourite "Ballspeaker" that fills the whole side B. My mind is blown to pieces! It's always a bit different with tons of freaky improvisation and I just love it. Then we've got two a bit shorter songs again. "Playing with Beuys" from 2008's The Politics Of Ecstasy has always been one of my favourite Vibravoid songs and it sounds excellent here as well. The midtempo 2014 single track "Rheinflow" is nice to hear in the set. The dreamy and trippy "Your Mind Is At Ease" fills up the last 12 minutes of side C with psychedelic bliss. One of the most played Vibravoid cover song must be "Mother Sky" by the legendary krautrockers Can. I have heard several other cover versions as well but Vibravoid's is always the best! In the middle of this gigantic 18-minute piece we can also hear the "Sky Saxon Mantra" to make things even more psyched-out... Wow! Out of Tune in Rosenheim definitely is one of the best live releases of Vibravoid so a must-have for all the fans. 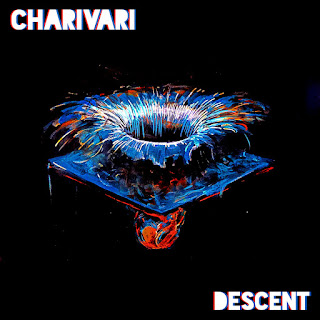 Worst Bassist Records is a " Motorik-Post-Rock-Space-Punk-Drone-Love-Acid Underground Label" by Electric Moon's lovely bass player Komet Lulu. The name of the label comes from a nasty YouTube comment on Lulu's bass playing skills... It's great that something great can grow from bad manners and rudeness! The first release on the label (WBR LP 000 / CD 000) was an Electric Moon reissue but more on that later. I don't know how Lulu found out about the dreamy post/indie/psych/noise rock shoegazers Charivari from Bath UK, since this album is their first. I'm still happy she did, since I like this band.

The 49-minute CD version has seven songs, the LP one less. "When Leviathan Dreams" starts off slowly and peacefully and then we are in a hazy, reverberating, dreamy shoegazer heaven. It brings back some 90s indie Brit rock/pop memories in a positive way. Great! "Lotus Eater" is a bit more intense and heavier, a very effective track sounding a bit like Reflecter era Sun Dial. Wow! Next we get the faster, sort of post-punky "Aphotic". "Down by the River" is a slow, pretty ballad, and "Descent" an ambient, experimental instrumental. "Alexandria" is an emotional song that even brings to mind The Cure. The album is finished with the 11-minute "Scavengers of the Wind" that changes from atmospheric floating to heavy, noisy fuzz rocking. Pretty intense stuff but still enjoyable and not totally out of control. In summary, Descent is a very promising debut album and I bet Charivari will appeal to a lot of people into various genres. The album will come out at the end of the month and can be preordered from the label's web site. 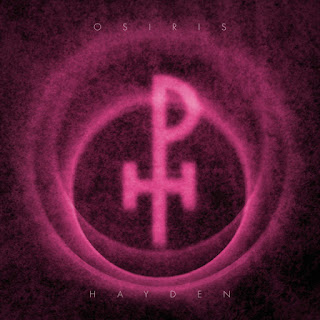 Okay, sorry Kivelä & co., I'm a bit late with this review. Finland's PH (formely known as Mr. Peter Hayden) dropped their sixth album in November last year. I have followed their career since the debut Faster Than Speed (Or Violating The Special Relativity) put out in 2010 and what a ride it has been. On Osiris Hayden they have replaced the live drums with programmed ones which gives the music a more electronic, industrial feel. You could still (mostly) call the music psychedelic rock, I guess. The sound is massive and overwhelming and rather polished and well produced. The overal vibe is very apocalyptic, gloomy and doomy as always, so no happy dance tracks included.

The album includes nice tracks that are mixed as a continuous, dark journey. There are some more ambient, atmospheric moments but the band can still get very heavy and oppressive. I think I can hear some post metal influences but that is not really my kind of thing so I'm not sure. Definitely lots of industrial/experimental/darkwave/occult or even black metal vibes in there. I think you must be in a certain state of mind to truly understand what this band is about, but when you empty your mind and let their dark, hypnotic music fill your soul you will be thrilled with apocalyptic ecstasy and trance. The album is out on CD, digital and purple vinyl limited to 500 copies, get it if you dare. 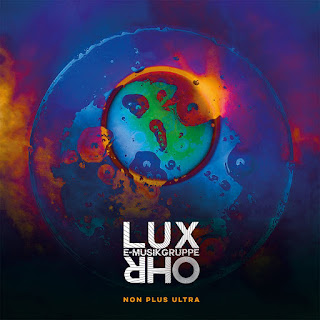