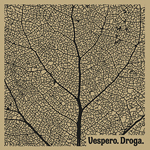 On their previous album Subkraut: U-Boats Willkommen Hier this Russian instrumental progressive psych rock band clearly went into the hypnotic kraut/space rock direction, but this new album Droga sees them embrace the more progressive/avant-garde/experimental style again. I like everything they’ve done so far, so no problem really… For as long as they stay highly psychedelic, of course. This is their fourth studio album and they have also released a few live albums and a split album with Zone Six and a split single with Temple Music.

The CD comes in a cardboard silkscreen folder and includes nine tracks. The long opener “Steppe” starts off in a very mystical, laid-back style but starts to move around the four-minute-marker getting quite busy and progressive. The spacey synthesizer sounds still give it a psychedelic/space rock vibe. “Maui” is a bit lighter, more atmospheric and melodic track with Mellotron, cello and stuff but it’s also rather fast. It reminds me of some of the U.K. progsters, old and new. “Red Pitfalls” is mellower, very enjoyable stuff with its effected guitar work, spacey synth sounds, groovy rhythm and Mellotron. It gets more intense later on and then rather jazzy… “Oboo” utilizes sequencers and Ashra styled delay guitar and flute and has a floating mood quite similar to the Ozrics. Very nice! “Thymus” is more organ-based and progressive, and has lots of different moods and changes just like the next track “Halo” that also sees the band space rocking more intensively. The ending is more like King Crimson. “Marine” has at first some nice percussion work and atmospheric sounds like seagull voices but gets more intense later on with groovy rhythms and some killer solo guitar work. “Frozen Lilies (Melt in Heaven)” is a wonderful, synthesizer-oriented progressive track, and the title track “Droga” finishes off things in a laid-back, very psychedelic manner also including some saxophone adding a jazzy vibe to it. Another excellent album by this great Russian band!