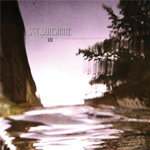 Sgt. Sunshine is a heavy stoner rock band from Malmö, Sweden, and this, as you might have guessed, is their third album. It has been five years since the previous album Black Hole, but the music has remained pretty much the same, meaning somewhat psychedelic and progressive stoner rock. The band leader, singer and guitarist Eduardo Fernandez has written most of the lyrics and music and he has also recorded and mixed the album and done the artwork. Good job! The other members are Christian Lundberg (drums) and Pär Hallgren (bass) and Michael Miño plays bass and percussion and does backing vocals on the more 70’s hard rock oriented track “When I Was a Dog”. I’ve never been a huge fan of this band, since this type of progressive stoner / desert rock isn’t exactly my kind of thing. Having said that, I do like some of the songs quite a lot and even if the band has lots of similarities with other modern stoner rock bands they still something characteristic about them. There’s enough variety in tempo and atmosphere to keep things interesting and the guys are good musicians too. The highlights for me are the pretty hypnotic and groovy, mid-tempo and heavy “Beneath the Song”, the atmospheric and jamming “In-Through-Mental” and the fuzzy, tight-rocking blast “Holy Mother” that also has an extended guitar solo. Have a couple of beers, light one up and check it out if you’re into bands like Kyuss, Colour Haze, Josiah, Sungrazer, The Machine etc.
www.facebook.com/sgt.estrella
Lähettänyt Unknown klo 12.26