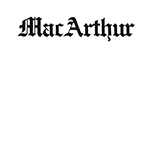 The world is full of stories of bands that never really got anywhere but still released a highly limited private press album that now is impossible to find and costs a fortune. Most of the time there was a good reason for these basement bands to not make it (they just were not good or professional enough), but there are of course exceptions and some of these "lost albums" are indeed very good and definitely worth re-releasing. I feel that this late 70s US prog band is one of those exceptions. The group was formed in in 1978 in Saginaw, Michigan by four young guys. Their sole, eponymous album was recorded on four-track machine and released in 1977 in a limited run of 200 copies in primitive hand-made cover. There was some interest for the band, and they even recorded a follow-up album, but slowly the band just faded away due to studies, work and everyday life in general and they never released the second album and just stopped playing together. This debut album was bootlegged in the 80s but has now been officially re-released on LP and CD for the first time.

The music of MacArthur was obviously influenced by bands like Rush, Yes, Genesis etc. and includes some very cool Mini-Moog and other analogue synth wizardy as well as very talented, soaring guitar solos and a tight rhythm section. The songs are quite epic and progressive and some even included five of six parts but none of the eight tracks on the album still lasts for seven minutes. "Prelude No. 1 In C Major" is more influenced by classical music and starts with acoustic guitar and then goes into powerful piano stuff. Also the last track "The Shock of the New" has lots of piano, but also ELP like organ and synthesizer work. I sort of prefer the sunny, energetic opener "Light Up" as well as the second track "Laughing Like a Lark" that also has vocals and brings to mind 70s Genesis among others. Another track with vocals is "Generations / First Contact" that also sounds a bit like Genesis and also Rush and Yes, just like the following, emotional song called "Push Up" and one other killer track "Of Only Then". The last three tracks are instrumental. This album is definitely worth checking out if you are into the 70s prog rock, since these guys could play and they had some great ideas as well.