The Movements: The Death of John Hall D.Y. 7” / Like Elephants 1 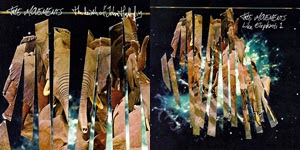 After the demise of The Soundtrack of Our Lives there has been a huge cap in Sweden for 60s/70s oriented, melodic and psychedelic pop/rock/garage music and The Movements are definitely one of the best options to fulfill that need. Okay, I’m not saying that the band that has been around for years sounds or tries to sound like TSOOL but their latest album seems to be a step into that direction. Like Elephants 1 is their best work so far and it has some marvelous compositions, perfect performance and superb production.

Before the album release, Crusher Records put out a good old 7” single featuring the fast-paced opening cut from Like Elephants 1. “The Death of John Hall D.Y.” is for sure one of the best tracks on the new album and sounds quite a lot like The Byrds although with much more modern (but still VERY cool!) sound. If you don’t get The Byrds comparison, just listen to “Eight Miles High”, the vibe is very similar although not copied. Not unlike TSOOL either. Lovely, melancholic melodies! The B side is taken from the forthcoming album Like Elephants 2. "Everybody Needs Something" is a slower, more atmospheric but also rather dark and Gothic track and the lyrics in its second verse reminds me of "Live for Today" performed by The Lords of the New Church in the 80’s (but originally by the 60’s garage group Grass Roots), and so do the guitars. There's also some haunting piano and organ, and the song ends with a little chaotic guitar solo. A great piece!

The album that is also released in the USA today continues with another killer song “Boogin” that sounds even more like TSOOL for the first two minutes before the long, psychedelic jam in one chord kicks in. The jam goes on for five minutes and I’m grateful it does since this is excellent stuff! Then we get to take a breath with the peaceful and short “Shady Wind” that has some acoustic guitar and piano. The rocking continues with the “Two Tongues” that is an energetic, melodic garage rock track so typical for The Movements. And it works! “Great Deceiver” is one of my favourites with its very touching and high-flying chorus. “All the Lost” has more of that authentic 60s garage psych feel that the band is known for. I love their organ sound! “David’s Song” is a beautiful mid-tempo ballad that will warm up the ladies. “Like Elephants 1” is a pretty short, repetitive acoustic piece, and then it’s time for a Swedish title “Ingenting Kommer Ut Ingenting” although the lyrics still are in English. It’s a very nice, touching and catchy song, by the way, and the longest on the album at 6:30. This is very emotional and also psychedelic, growing stuff especially with the wild guitar so definitely one of the highlights. The album is finished with the pretty TSOOL styled melodic pop song “It Takes a Spark”. A nice way to end a wonderful disc! I’ve been listening to this album for many times and it just gets better and better. Now I’m already looking forward to the next chapter!