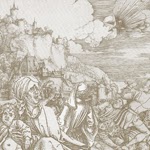 Earthbound Machine is a pretty new heavy stoner/doom/sludge metal band from Helsinki. Apart from the majority of bands in this genre, they have melodic, clean vocals instead of the usual harsh growling etc. and I’m happy about this. Even if it means that they sometimes bring to mind some of the 90’s grunge bands, not just because of the good singer though. They also have some sense for melody. This debut EP was recorded in 2012 but I only recently got a review copy when they were supporting the almighty Lord Vicar, who they share the wild bass player Jussi Myllykoski with. Other members are Ilkka Haavisto (vocals), Jussi Parkkali (guitar) and Ville Vierimaa (drums).

There are four tracks on this 27-minute EP. Most of the stuff is slow and heavy, as expected. The title track is probably the one that has most melody. Don’t get me wrong: when I say it has melody I don’t mean it’s not heavy at the same time because it sure is! “Reason’s Gone” is a bit more groovy, stoner like stuff and will make you to bang your head live. The chorus rocks out a bit faster too, and there is also a cool guitar solo with some jam elements. Nice! “Plain Delusion” is gloomier, slow doom metal stuff and works very well. The main riff reminds me of latter-day Candlemass a bit. Great vocals on this one as well. The track speeds up in the end. “Void of the White Light” is the longest song the EP at 8:35. This is at first a bit faster track with some lead guitar work too. The track cools down in the middle and there a pretty experimental and atmospheric instrumental part and then some heavy and slow stuff before the rocking starts again. A rather impressive track! The playing is great and the sound is also excellent. I wonder how long it takes before these guys can get an album together. In the meantime, you can buy the EP from their Bandcamp site.