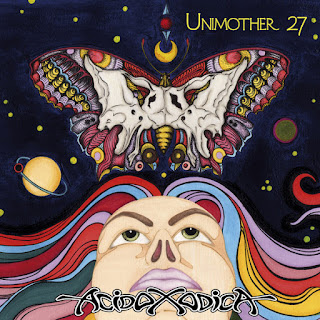 This is the sixth solo album by Italian multi-instrumentalist Piero Ranalli. Piero interprets the realms of psychedelic, space rock and krautrock in his own unique, home-grown style as always. What we have here are seven new instrumental tracks made with guitars, bass, synths and electronics that take you "somewhere out there". The album was releases only on CD in February 2018 on Piero's own Pineal Gland label, one year after his previous album Fiore Spietato.

The album starts off with the almost 11-minute "Osesso" and it's a real trip indeed. Pierro's solo guitar work brings to mind Nick Saloman from The Bevis Frond and is the best part in his music. "Opporti A Me Non E Mai Troppo" is another slow acid blues rock number. On "Allunare Era Nulla" Piero gets more spacey and goes to the Moon. The track also has some more prorgessive stuff in there. "A Valle Tra Masse Essa Martellava" has a droney beginning and then it goes into a bit mystical, sort of oriental vibe. Nice! The shortest track on the CD is "E'corta e Atroce" at 3:25 beginning with some experimental keyboards until the acid solo guitar work takes control again. "Arte Tetra" is a sort of weird, almost jazzy/fusion thing with cleaner guitar sound than usual. The album is finished with "Eterni Attici Di Citta In Rete" and it must be the most beautiful track on the CD. If you can dig the bit cheesy programmed beats this is a very enjoyable album. Personally, I would really like to hear Piero as a lead guitarist of a real live band, that would be awesome.