Star Sponge Vision - Crowley and Me 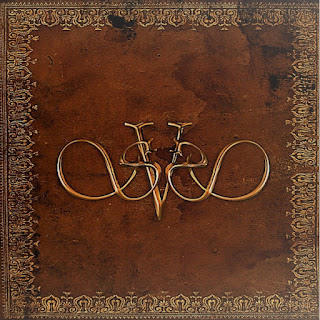 Now this is something very interesting... British writer, occultist, magician and mystic Aleister Crowley (12.10.1875 - 1.12.1947) is of course known to most rock fans out there and has been honored by many artists from The Beatles and Led Zeppelin to Ozzy Osbourne and Reverend Bizarre. This might still be the most profound musical tribute to The Great Beast ever. The seeds of this album were sown in 1974 when John Povey of The Pretty Things sat with Jimi Page in the Hyatt hotel on Sunset Boulevard watching Kenneth Anger's movie Scorpio Rising, listening to Page's music and talking about Mr. Crowley. In 2016 Povey's old band mate Twink asked him if he ever had thought about writing music to Crowley's poetry thus getting the wheels turning. This album that was recorded in Colchester features Povey and Twink along with Max Gibson, Nick Ferris, and Ed Sykes and the band name comes from a personal spiritual experience that Crowley had.

At least 13 tracks were recorded for the project, since that many are included on the download and apparently also on the limited edition CD. The  highly limited (300 copies only) LP version that comes in a beautiful open gatefold cover only has eight of them. The great lyrics can be found printed on the inner sleeve which is essential. Musically, this project has been labeled by somebody as Adult Oriented Rock, a term that may bring a bad taste to your mouth. If you consider Blue Öyster Cult an AOR band then I think it's okay since there are lots of similar vibes here. I'd describe the music as deep, soulful and melodic classic/hard rock with some psychedelic, pop and folk elements.The ritual begins with the melancholic, both powerful and beautiful title track "Crowley and Me" and I'm already feeling my third eye opening. This was also the first track that was written for the project. Just amazing. Second track on the LP is the heavier and doomier "Logos" that has lush keyboards as well. This sounds like something that Tony Iommi could have written for the Seventh Star album. Now, this is a good place to state that I really enjoy the solo guitar work on the album. "The Mantra" has a more New-Age vibe going on with acoustic guitars, percussion and keyboards. Also the keyboard-driven, peaceful "Clouds Without Water" has a bit similar mood.

Side two begins with a faster hard rock piece "Lament of Al" and the BÖC vibe is at maximum here. A true masterpiece, one of the highlights for me! "The Buddhist" is another killer track that mesmerizes you and makes the shivers go down your spine and soul. "The Pentagram" is perhaps one of the more AOR oriented tracks on the album and I love it too. The LP version is finished with the longest track "Hymn to Pan" that the devoutest of you have already experienced in my latest Astral Visions Mixcloud show. This is perhaps the most psychedelic track on the album and naturally my favourite. The download has five more tracks and a whole different track sequence. "The Tent" is a soft rock number, "Kathleen Divine" a Beatlesque piano ballad. "The Gypsy" is a mystical spoken-word piece with synthesizers and acoustic guitar and "Grave Grey Eyes" a pretty, slow AOR number. Also the last non-LP track "Why Do You Wait" is rather laid-back but a bit deeper and spacier. Very Nice! All in all, this is an absolute must-have for all Al-lovers out there who can also appreciate great music made by some of the veterans of the original psych rock scene with some younger but seamingly as talented musicians. Check it out and get inside, you won't be dissappointed...