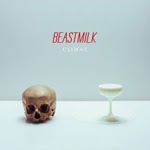 This album somehow puts me on a flashback to my youth. In the late 80s and especially early 90s when I had listened too much to Black Sabbath and Hawkwind albums with my friends we sometimes put on black clothes and leather pants and went to see Finnish gothic rock, post-punk, death rock and new wave bands like Mana Mana, Two Witches, Shadow Play, Sunday Prize, Babylon Whores etc. in small rat holes in Helsinki like Shadow Club, Backstage and Semifinal. Some of the bands were more punky in The Misfits style, some more melancholic, dark and moody in the vein of The Cure, some had more pop elements and some messed more with metal. Hell, I even had a go in this direction myself with a band called Sixth Sense that recorded one demo and played with Two Witches among others. Helsinki-based Beastmilk somehow brings back those bitter sweet memories. They have definitely listened to their share of Joy Division, Killing Joke, Bauhaus, Christian Death, The Sisters of Mercy etc., but they still have a modern way of making apocalyptic death rock and their sound is often pretty heavy and also appeals to bored black metal musicians and fans. The band was formed in 2010 by Goatspeed (guitar) and Khvost (voice, Mat McNerney, also known from his psychedelic folk band Hexvessel and numerous other bands), the rest of the members are Arino (bass) and Pail (drums). Their first demo White Stains On Black Tape sold out very fast in 2010 and was then reissued in 2011 on 7” by Svart who also put out the next 7” EP Use Your Deluge in 2012. Beastmilk recorded their debut album Climax in Boston, US this summer with superb results and it seems this album will get them far.

The album starts off with the straight-forward “Death Reflects Us” and I got to say that Mat’s strong and soulful voice suits also this kind of music very well. A very effective, simple, heavy and rocking but melodic opener. “The Wind Blows through Their Skulls” and “Genocidal Crush” have more gothic post-punk vibes and I like those a lot. “You Are Now under Our Control” has a strong Joy Division/Bauhaus vibe, and the bit longer “Ghost out of Focus” is a bit more atmospheric, dark song and not that rocking or heavy. Great song, anyway! “Nuclear Winter” rocks hard and fast and has some The Misfits influences I think. “Fear Your Mind” could easily be an early Babylon Whores track (check out Svart’s forthcoming BW boxed set, by the way!) and “Love in a Cold World” sounds just like it was recorded in 80’s in the UK and has very cool, driving beat. The same goes for “Surf the Apocalypse” that also has dark, a bit more moody moments. The longest track (5:54) is the bit slower, gloomy and dark “Strange Attractors” that has echoes of The Cure and even Echo & the Bunnymen, although the sound is more massive. This is a very successful album and Beastmilk definitely has the potential to become huge all over the place. As it happens, they are playing live tonight at Bar Loose in Helsinki, and I will be there for sure. Check them out!