Astral Magic - Pathway to the Stars to be released tomorrow! 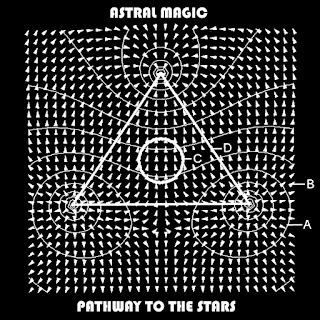 Hello! As some of you know, during the COVID-19 lock-down I decided to use my time creatively and started to write and record music again after a long hiatus. This project was named Astral Magic according to a song I wrote for my old band Dark Sun. I bought some synths and recording gear and have so far made about 80 tracks of spacey, psychedelic music. Some of it rocks, some of it is more ambient, electronic and experimental in nature. Since I'm only learning music production my good friend Scott Heller (Øresund Space Collective etc.) offered to give a hand on mixing and mastering. Scott also invited his friend Martin Weaver (ex-Dark/Wicked Lady!) to help out on guitar, since I still don't own an electric guitar, which was fantastic! Martin ended up playing guitar on most of the tracks and we already finished a space rock album called Visions of Infinity to be released on Space Rock Productions in February 2021.

But, since I tend to be pretty productive and fast when I get into something, I also made a more electronic/cosmic/ambient/experimental album while waiting anxiously for the Visions of Infinity to be released! This album is called Pathway to the Stars. The eleven tracks chosen for this release were recorded in between March and September. This time I mixed the stuff by myself but Scott again offered to help and mastered the whole thing which made a huge difference. On this album I was helped by Peter Dingham (Sendelica etc.) and Vince Cory (Sonic Trip Project etc.) on guitar and you will be hearing more contributions from both in future Astral Magic releases as well. I intended to do a very limited CD-R or tape release but I just had to buy a new computer and better music programs so I have no money for that at the moment. So, for now at least, it will only be a digital release on Dark Sun Bandcamp site. If you have a label and would like to release it in physical form please get in touch!

The album will be online tomorrow, please check it out!