Jonathan Segel - Outside Inside 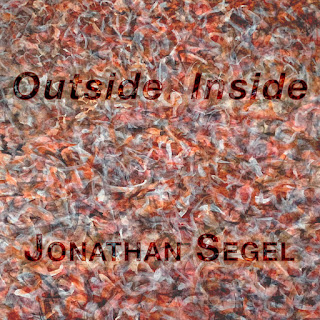 Jonathan Segel is an American multi-instrumentalist now living in Sweden. He's been active in various music scenes since the mid 80's when he started in Camper Van Beethoven, one of the main bands he's been a member of. He's done music for films and dance, electronic music, experimental, field recordings, avant-garde, improvisation, folk music, rock music, psychedelic music, you name it. Lately he's been part of the ever-changing line up of Øresund Space Collective and that's how I got to know him. Jonathan of course has a vast collection of albums released during several decades and his first solo album came out already in 1988. Outside Inside is his latest outing and was finalised during the covid-19 lockdown period, although he had been working on the tracks for two years. You can read his detailed story about the album over here.

So, what do we have here? The album has 17 pieces, but only two actual "songs" that have vocals. First of them is the great indie rock opener "All Signs Point to You See" that also features a female singer, Kelly Atkins. The music style and overal vibe varies quite a lot so there are some totally electronic pieces, some more rock/guitar oriented, violin tracks, weird experimental soundscapes (he likes to make sounds with rocks!) and combinations of all of these. The sound quality and production is superb all the way, so you can say this sounds very professional, although mostly pretty eclectic and out of the mainstream for sure. And that's just the way I like it! Some of the stuff is rather far away from easy-listening as well, but it's all still very enjoyable but maybe too experimental for some. Psych-heads will find some interesting passages to get spaced-out to as well. One of my favourites is the over eight-minute "Blow Up My Crocodile" that has nice acoustic guitar as well as field-recordings etc. I also really like the other "song" "Rider or the Train" that has cool fuzzy electric guitar, acoustic guitar and beautiful vocals by Jonathan and Kelly. I wish there would have been more songs like this! All in all, this a very interesting, creative and multi-layered album with lots of stuff to get into so check it out! While you're at it, also try out Jonathan's very nice Here Comes Sunhine single and his recent jqm collaboration Transatlantic Space Connection,very cool stuff as well!