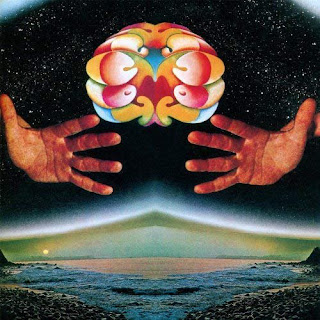 Touch was one of those very promising late 60's prog/psych bands that only made one amazing album and the faded into the mists of time. Of course this eponymous album released in 1969 is now a mega rarity. The writing of the album took place in a castle at Hollywood Hills and the party-like recording sessions are rumoured to include the attandance of Mick Jagger, Grace Slick and Jimi Hendrix.

This three-track single release can be seen as the first actual Fruits de Mer reissue single, which was the reason that the label was originally set up for ten years ago. There are two classic tracks from the S/T album plus one extra track from an aborted 1968 single to make this somewhat special. "We Feel Fine" is an energetic, progressive and organ-heavy master piece of late 60s progressive psych rock with great harmony vocals. It has a groovy vibe and lots of different stuff including cool fuzz guitar. I love it! "Down at Circe's Place" is a hypnotic psych rocker with piano and latino-styled percussion etc., very lysergic stuff! The unreleased, catchy single song "We Finally Met Today" is a bit more "normal" but still psychy and somehow brings to mind Spirit. All in all a very enjoyable little EP and a great way to get into this great 60s band.  The 7" comes with a nice mini-poster. Warmly recommended!