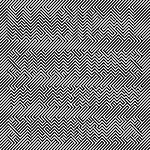 Okay, Bad Afro is back after taking a break from releasing music last year, great! Telstar Sound Drone is a psychedelic & experimental shoegazer/garage/drone/indie rock band from Copenhagen, Denmark. The band has strong ties with psych garage rock legends Baby Woodrose, as the band's lineup is Sean Jardenbæk on vocals, Hans Beck (Baby Woodrose) on drums, Mads Saaby (Baby Woodrose) on guitar, and Hobbitten from Spids Nøgenhat  and Moody Guru (Spids Nøgenhat/ex-Baby Woodrose) also help them sometimes live. They have previously released three EP's/singles and one album, all including some excellent stuff, so I was really hopeful when this promo CD arrived (thanks Lars!).

The new album has nine tracks and lasts for forty minutes. They start off with the hypnotic, hard rocking mid-tempo piece "Drugs Help" that will be released as a single  in a couple of weeks. What a great opener, expect repetition and lots of guitar & effects! "Something I Can't Place" brings to mind Loop with the hypnotic, groovy beat and loud, spacey guitars and mesmerizing vocals. Also fan's of harder rocking Spacemen 3 will for sure enjoy this album and band. Having said that, Telstar Sound Drone also know how to make chilled-out drones, and that's exactly what the third track "Dark Kashmir" is. Tremolo guitar and synths with druggy vocals, wow. The track grows later on and sounds quite a lot like some early Spacemen 3 songs. "Your Finger Stirs the Liquid Moon" is an experimental and minimal, floating track with a little bit of light, programmed beat, and "Closer Again" a dark, atmospheric and chilling piece that only last for two minutes. On "Strange Apples" the band rocks hard and fast, I love this energetic and pounding track. The mid-tempo "Mad Seeds" is perhaps closer to garage rock, but again very heady and hypnotic. "Dead Spaces" is more atmospheric again but rather experimental and psychedelic at the same time. The album is finished with the beautiful, peaceful "Lean Down on White", that brings you down from this dark and a bit claustrophobic (but highly enjoyable) trip in a soft and pleasant way. Phew!

Magical Solutions to Everyday Struggles will be released on March the 18th on vinyl and the package will also include a CD version of the album. No songs are available for the public at the moment, but you can for example download a live EP at the band's Bandcamp site for free over here. I just did! And check out my next Astral Visions show since I will for sure include a track from this great album as well...