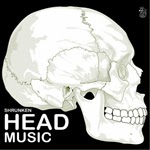 In 2012, Keith from Fruits de Mer put together a wonderful 2LP compilation called Head Music. It was focused on covers of the classic kraut rock / kosmiche music era (NEU!, Amon Düül II, Tangerine Dream, Kraftwerk, Can…) and has since became a total collector’s item. Since not all the tracks made it on time or fit on the 2LP format, we now have the Shrunken Head double 7” in a gatefold sleeve. So this can be seen as a younger brother/sister to Head Music, and a very interesting one as such. The double EP starts off with Frobisher Neck’s lovely version of “To Another Universe” played only with Mellotrons. Okay, Brainticket isn’t actually kraut rock since Joel Vandroogenbroeck is in fact Belgian, but the band was still very much influenced by their German contemporaries and often labeled as a kraut rock act. What a lovely, floating version! Black Tempest does a very hypnotic, condensed version of Tangerine Dream’s “Rubycon Part 1” and I’m in kosmische heaven! Vespero has been one of my favourite Russian bands for years now, so it’s no wonder they do amazing work on Faust’s “J’ai Mal aux Dents”. This is true kraut rock at its best! Finally, US multi-instrumentalist and all-around progressive space head Jay Tausig covers the Gong/Steve Hillage classic “The Glorious Om Riff” and I got to say this is the best track on the EP. I’ve always loved this song and enjoyed all different versions (Acid Mothers Temple cover it very well too!). This is psychedelic, hypnotic to the max and highly spaced-out, although not exactly kraut rock, if you ask me. Jay has been very active during the recent years for example with his massive Zodiac project and also playing live with the new version of legendary acid punk band Chrome with Helios Creed. I just love his version: it has everything I ever dreamed of! This 2 x7” will be a die-hard rarity very soon so get it as soon as possible.