The Past Tense - Time Stands Still 7" EP Across the Pond...and Back Again CD 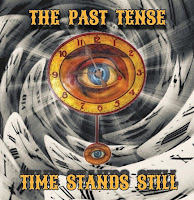 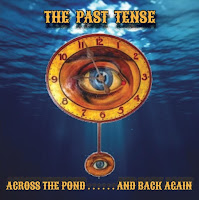 I don't have any albums or singles by The Past Sense but they have been included on several of the Fruits de Mer compilations since 2011's Keep of the Grass. In any case, they're a mod/garage/psych/rock/pop band from Surrey, South East UK and have released several albums on CD. I'm not generally THAT keen on the original mod stuff (prefer the more psychedelic phase that followed...) but here we have fourteen  60s cover songs recorded by the band in a rather raw, a bit more psychedelic mode than usual and it works. The 7" EP has four tracks and the CD ten. The most famous song must be "7 and 7 Is" by Love, most of the rest is pretty obscure stuff I think. I do recognize/remember some of the original artists like The Syn, Rupert's People and The Attack, though.

I'm not going to go through all the tracks here, but let's say that the song list is well balanced between a bit different tracks (some more straight garage, some more mod, some more psych etc.). All songs are played with guitar, bass, drums and organs and have cool vocals. Some of the high-lights include "Dream of My Mind" (originally by Rupert's People), "Grounded" (originally by The Syn) and "More Than Me" (originally by Wild Flowers). In fact, all the covers work really well and are definitely cool songs. I would love to own the original singles for djing... But I bet most of them cost a fortune now. It's nice to have a full album's worth of this stuff even if only four of them are on vinyl. This release is a must have for all mod/garage/psych fanatics out there! Sorry I don't seem to be able to find an internet link for this band. With a name like that I do get Past Life Regression therapists and the like, though... Might be interesting!