I am honored and highly excited to be spinning some classic prog/psych/rock singles from 1966 to 1973 at Tasavallan Presidentti 50-years Celebration Concert in Helsinki on the 2nd of December!

Tasavallan Presidentti is one of the absolute best progressive rock bands from the hazy past of Finland and their albums have made a huge impact of the prog scene in general. Also playing is Vesa Aaltonen Proge Band which should be interesting.

Svart Records is releasing for the first time Live In Lambertland double album as well and two Tasavallan Presidentti studio album reissues that you can buy at the concert!

Get your tickets from Tiketti! 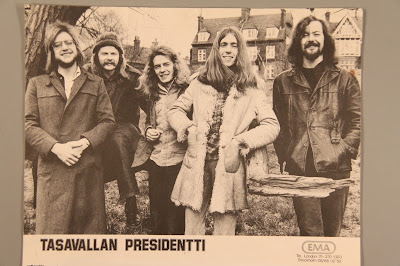