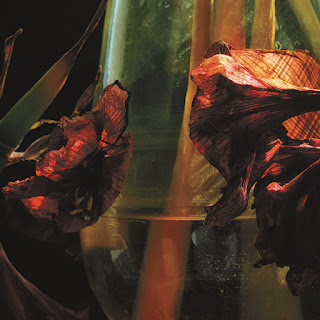 Hayvanlar Alemi is an instrumental psychedelic rock band formed in 1999 in Ankara, Turkey. I have never heard any of their earlier output, but apparently they have also done some more ethnic, folk oriented music. Psychedelia in Times of Turbulence recorded in Italy in 2017, however, presents them in their heavier, stoner, doom oriented mode. Having said that, this is not still exactly metal or even you standard heavy stoner rock which is a good thing in my opinion. You can hear the old Anatolian influences even in their rock form and I like that a lot.

There are seven tracks on the album ranging from under three to almost nine minutes in length. On these recordings the band is a basic trio of Özüm İtez: guitar, Hazar Mutgan: bass and Işık Sarıhan: drums and percussion, but there are also some overdubs. The music is mostly rather slow and atmospheric, but there are also faster songs. All the music is very melodic and interesting, this band really has a rather unique style and vibe. It's not overtly psychedelic or trippy in a mind-blowing way, but it slowly creeps into your conciousness and does its things that are very pleasant. One of mt favourites, "Thundercloud Museum" is a good example of this, very cool, a bit mysterious stuff. "Kaos Sembolü Güneş ve Bahar" is musc heavier and closer to stoner or doom metal even, I have to admit that. All in all, this is very enjoyable album that keeps you interested in all its twists and turns. Available on limited vinyl and CD as well as the digital download of course. Check it out!