Sirkus - The Noise of Time 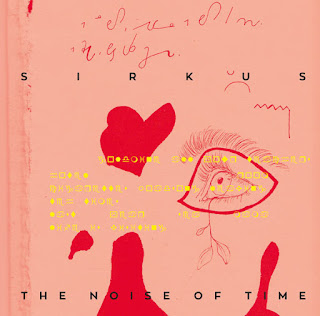 Sirkus is a bluesy indie rock band with hints of psychedelia from Germany. The Noise of Time is their second album following the debut album Dream Factory released in 2015 by the band themselves. This new, 40-minute album was released by Nasoni Records on vinyl and CD and includes 10 rather short songs. The band is formed by six musicians and there are also five guest musicians so the sound spectrum is rather full and varied but still guitar dominated.

"Goldmine of Truth" starts off the party with cool, gypsy music styled rhythms including percussion and rather heavy guitars. You can also hear some spacey effects in the background. The mellow and soulful "Leaving Ten Times" is one of my favourites. Pretty and melancholic stuff. "All Your Teachers" has a nice, summerly vibe. The singer has a rather unique, bit raspy sound. "Hotel Room" has an interesting, hypnotic thing going and "Cigarettes" is a slow, easy and bluesy piece. "Road Song" has some female voice and some cool lead guitar work. Another great, rather slow song. On "Last Year" there's more partying again, a bit Santana vibe I think. "Sea" sounds a bit like The Doors, not bad at all. The flute break is a nice bonus! "Mama" is again slow bluesy stuff. The longest track on the album is "Life Is Visiting" at 5:36. It begins with some minimal, experimental spacey sound effects and then the tranquil beat gets going. Sometime after the two-minute-marker the song grows and then we get some psychedelic lead guitar, cool! This might not be exactly my cup of (mushroom) tea, but I still enjoy it and if you like slightly psychedelic, bluesy alternative/indie rock you should try this out.