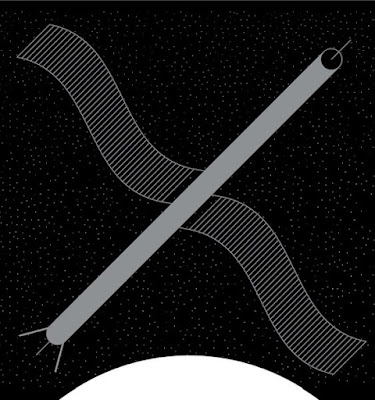 Kombynat Robotron is a new German improvisational kraut/psych/space rock band formed by four guys who also play in other groups. They have taken the current scene by storm releasing several albums in a span of just a few years. I have all their LP releases apart from the debut LP Modul 12 (Tonzonen 2018) and the split with the great Snakes Don't Belong in Alaska (Cruel Nature Records 2019). If you have a spare copy of either one, please let me know! There are also a couple of tapes I'm missing.

Anyway, let's get into the music. As far as I know, all their recordings are improvisational, instrumental jams, mostly with just a couple of guitars, bass and drums. Occasionally they also use a little bit of synths and sound effects, but not that much. Sponane Emission includes six jams recorded at the band's rehearsal space in Kiel in 2019. The album has been previously released on tape and digital formats in 2020, but this amazing, high qulity release on the superb Clostridium Records is the first vinyl version. Although recorded at rehearsal facilities, the sound quality is clear and great. The music is very hypnotic and repetative and definitely gets you "in the zone". Often it is rather relaxed and floating, but there are also some a bit more rocking stuff, on "Aurora", "Meteor" and also on "Tagesdämpfung". "Nahschwund" is just a simple, short synth piece offering some early Tangerine Dream moods. If you love the modern interpretation of instrumental kraut/psych/space jamming done nowadays by bands like Kungens Män, Snakes Don't Belong in Alaska and many others you will for sure dig this band. The hand-numbered "die-hard" edition of this LP on grey marbled vinyl is limited to just 200 copies and comes with a cool slipmat, there are also 200 copies on black vinyl. Both versions include a poster and a sticker. Get yourself a copy while you can, these will sell out!